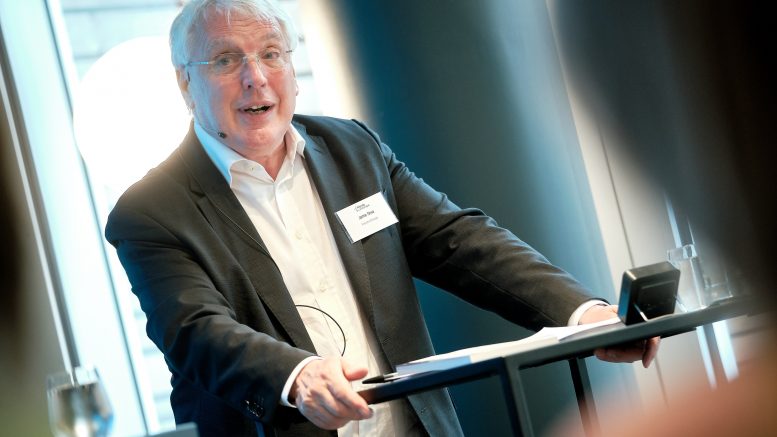 Eighteen years on from the attacks against New York and Washington on September 11 2001 it is a good time to ask ourselves where we are in what the US termed the “global war on terrorism” and what we can expect in the future.

By Jamie Shea, Professor of Security and Strategy at the University of Exeter

The starting point is a sober one. Despite extensive military campaigns and nation building efforts in places such as Afghanistan, Iraq, Yemen, Somalia and the Sahel, terrorist violence continues to grow and spread. True, the Taleban no longer rule Afghanistan and the ISIS caliphate across northern Syria and Iraq has been ended. Yet both efforts have necessitated military efforts lasting years and enormous casualties.  11,000 Kurdish fighters in the Syrian Democratic Forces died trying to liberate Raqqa and 54,000 members of the Afghan National Army have perished in the last 5 years to stop the Taleban recapturing Kabul. The 9/11 Commission in the United States estimates that 15,000 Americans have died at the hands of terrorists or in responding to the terrorist threat since 2001 and 50,000 have been injured. President Trump is  exaggerating when he states that the cost to the US taxpayer has been $8 trillion but reputable studies by Brown University put the price tag at a minimum of $4 trillion and possibly as high as $6 trillion. The costs of fighting terrorists have been little short of what it costs to fight state level adversaries. Yet 18 years on Islamist extremists control more fighters, are active in more countries and control more territory than before the September 11 attacks.

Four trends are shaping the evolution of the terrorist threat for the next two decades.

In the first place the major groups such as ISIS, Al Qaeda, Al Shabaab, Hezbollah and Boko Haram are still very much alive. They have adapted their tactics and business models to changing circumstances. ISIS for instance has been digging tunnels, placing bombs in cattle and sheep and burning crops in Iraq as it reconstitutes small cells to conduct local attacks. It is estimated that at least 10,000 ISIS fighters escaped death or capture during the fall of the caliphate and they have spread across the Middle East and North Africa. Their numbers will soon be swelled by the ISIS supporters who are escaping from Kurdish controlled camps and prisons in the wake of Turkey’s incursion into Northern Syria. Most worryingly their leadership remains intact as does the ability to attract money and recruits. It was relatively easy to control ISIS when it was locked  up inside the caliphate. It will be much more difficult to do this as it decentralises, becomes more involved in organised crime and online propaganda and forms alliances with other jihadist groups.

Second is the rise of right wing extremism often based on white supremacist groups. These groups are now carrying out more attacks in the United States than the jihadists and constitute 20 percent of cases under investigation by the FBI. Similar to the jihadists are their international networking, misogyny and copy cat tactics; but they are also more adept at using social media to live stream their attacks and they have a greater depth of pseudo-intellectual ideology In works that predict the “Great Replacement” of whites by other races. The problem here is that these right wing groups are often protected by freedom of speech laws and rules that make it difficult for the police to move against them before they have committed their atrocities.

Third is the growing number of targets of terrorist violence. It is no longer the state or its representatives in diplomacy, police or the military that are the primary target but any group in society that can be stigmatised such as Jews, Hispanics, LGBT activists or pro-EU liberals and where hatred can be whipped up by conspiracy theories in the social media. These attacks may be small scale but in increasingly polarised societies the trend is worrying. As is the broader spectrum of those who can be radicalised, no longer just marginalised young men but women and adolescents. Of the 13,000 individuals on the watch list of the French intelligence services 25 percent are women and around 10 percent adolescents. So terrorism is becoming more mainstream.

Finally terrorism is linked to armed conflicts and social breakdown within countries. Intrastate violence is running at 4 times the number of war deaths globally and 75 percent of terrorist casualties occur in just 8 countries. These are among the most violent such as Afghanistan, Pakistan, Iraq and Somalia. So if we can dampen down these conflicts through diplomacy and power sharing arrangements as recently in Sudan we can greatly enhance the security of local populations as well as check illegal migration.  Not to speak of preventing attacks on our citizens as well.

There can be no quick fixes to this more diffuse and complex form of terrorism. Yet four areas will need more focused attention

Unsurprisingly online activity is still the main source of radicalisation, recruitment and organisation. On 11 September 2001 only 54 percent of Americans used the Internet. Today the figure is over 90 percent. Despite the major efforts of police and social media companies to identify and remove extremist material, it is still far too easy to find it online. Recently the EU Commissioner for the Security Union, Julian King, acknowledged that there are more than 400 jihadist platforms accessible in the EU today. This makes the time from “flash to bang” ever shorter and enables lone wolf terrorists who are not subject to any group hierarchy or discipline. The anonymity of the Internet makes it harder for the intelligence  services and police to spot  and track these individuals.

Another priority is to target the terrorism’s supporting and enabling networks and not just the terrorist attack itself. The facilitation, the travel routes, the financing circuits and money laundering and the training and arms delivery activities all need more priority. Criminalising travel to conflict zones without a valid reason (such as a humanitarian function) is one positive outcome of the fight against ISIS. Prison administration both before and after radicalisation is another area that clearly is a major vulnerability.

Defeating terrorism requires a comprehensive approach where government agencies and civil society work closely together. Striking terrorists on the battlefield will always be the hardest part; but working with Intelligence agencies to identify terrorist networks and with the private sector to control the transfer of technologies or fusing biometric databases or denying terrorists access to cyberspace and communications can be more effective in the long term in disrupting the terrorist supply chain. Cooperation between government, industry and research labs is particularly important in responding to terrorIst use of chemical or biological agents or of off the shelf drones that can be countered using microwave or laser technologies. All this may seem obvious but after every major attack it quickly emerges that weaknesses and gaps in intelligence sharing or inter-agency cooperation have allowed the terrorists to get through. So the joined up approach needs constant attention.

Finally finding a long term solution to terrorism will take many more years. We have been more successful in killing terrorists or foiling plots than in debunking the ideas and ideology that inspire them. Because these ideologies seem so extreme and ridiculous we tend far too easily to conclude that terrorists must be mentally sick or deranged as President Trump did after the El Paso Wallmart attack this past summer. Yet this is too easy and avoids having to face up to the real challenge that terrorists are in the main rational actors with deeply held ideological convictions and a clear logical strategy. Refusing to engage with extremist ideas simply because we deny their validity will not make terrorism go away as the deluge of right wing  manifestos after white supremacist attacks demonstrate. We need to think harder how we deconstruct and discredit these ideologies from within and who our messengers need to be.

In the meantime the best we can do is to keep the extremists on the back foot, deny them sanctuaries or ungoverned spaces in which to operate and prevent durable leaderships from forming. This means that the thankless task of our armies, air forces and special operations forces tracking down the cells in unpleasant places such as Mali, Afghanistan, Somalia and Iraq will need to continue – whether we like it or not. 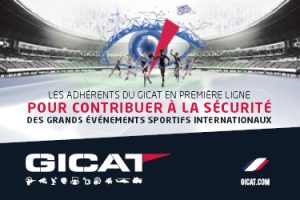