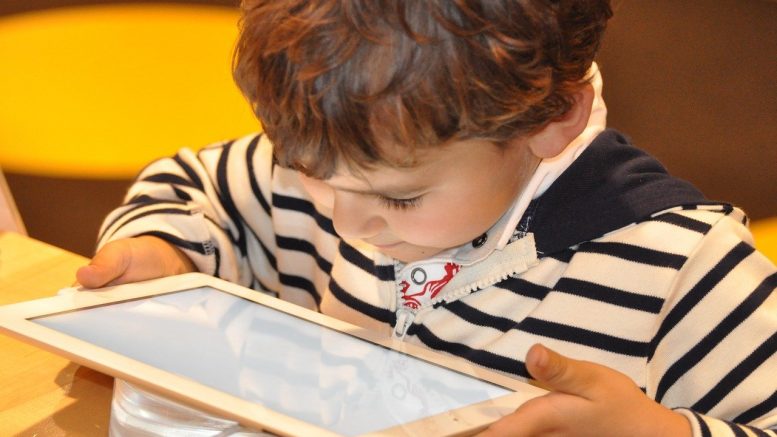 Talking cybersecurity and digital culture is fashionable. Making it accessible to the youth is also starting to become a trend, especially in Europe. Governments are leveling up to the challenge, putting curriculums into place to teach children from an early age how to act towards digital technology. With small steps come great responsibilities, and needs.

“We have come to the realization that today’s pupils will have to adapt to a future made of digital technologies. For them to be employable, our challenge is to teach them now how technology works and how to be good digital citizens.” With these words, Jean-Marc Merriaux, head of the French Direction du numérique pour l’éducation, sums up the recent will to introduce digital culture to the youth.

The topic is trending. Many are advocating for individuals to be at the center of digital technology talks and uses. As Margrethe Vestager was appointed vice-president of the European Commission to build “A Europe fit for the digital age”, Europeans are expected to understand how technology works to keep a vigilant eye out. For this vision to be effective in the next decade, awareness is being raised among children. “Kids are more and more addicted to screens. The idea is to replace this recreational mind-numbing use of digital technology with a much more educational approach”, Amélia Matar, founder of Colori – a no-screen-initiation-to-programming method for kids aged 3 to 6 – says.

Amélia Matar decided to weigh in into the digital education of the youth as “a response to the global injunction” that everyone must be digitally trained. In 2018, when she founded Colori, the field was already being invested by the French ministry of education. But preschools were left untouched. “Between 3 and 6 years old, the brain plasticity makes it easier for kids to learn and understand lots of notions. Kids are very curious then about digital technology, especially because they see their parents constantly hooked on their phones or computers”, its founder justifies. Without confronting the children to screens, Colori aims at “developing their critical eye”. Amélia Matar details : “It is not only about teaching them the basics of coding; it is also about educating the kids to digital culture and vocabulary.”

A philosophy shared by the French school system. From elementary school to high school, digital culture and coding are now part of the curriculum. “In elementary school, pupils will now learn how to use simple coding tools to develop a basic algorithmic knowledge, Jean-Marc Merriaux explains. Then, in middle school, the courses are more oriented. Since 2017, the programming notions have been approached in math and technology classes.” The government has taken a step further for next September : students will be assessed at the end of 6th grade and before heading to high school “on their coding skills and on their general digital culture”, Jean-Marc Merriaux announces. The evaluation will be conducted through the PIX platform. “PIX could become a reference frame in terms of digital skills at the European level”, the head of digital for French education hopes.

France is not the only state to have started acting to teach its youth how to behave around and with technology. Finland has implemented programming into its national curriculum in 2016. ICT entered the classrooms and coding lessons were made mandatory. In 2018, 51 % of Finnish school principals considered that their entire school community was very committed to digitalization, according to a survey conducted by the ministry of education in Finland. “So far, we have had a slow start since the new curriculum has a lot of new content and has been seen as a big reform in basic education, Tero Huttunen, ministerial advisor for education and culture admits. Still, progress is there, and we are expecting to see more far spread results within a few years.”

Plus, as Jean-Marc Merriaux points out : “We can’t forget about the societal issues linked to teaching children about digital culture and tools. For example, we must integrate cybersecurity as a skill to be evaluated and certified.” Teachings must thus go further. For kids to become fluent in digital culture and language tomorrow, they must be involved in the challenges and talks that are shaking the field today. It is not merely about coding.

“The method Colori doesn’t cover the risks linked to the Internet and technology with children from 3 to 6, yet, Amélia Matar grants. But I am thinking to introduce the notion to the older ones soon.” For the French government, the next step lies in the development of an introduction to digitalization unit… in preschools. Nothing to fear for Amélia Matar. Even though Colori now lives through its interventions in schools and childcare centers, its founder is looking forward to seeing the initiative grow: “The ultimate goal is for as many teachers as possible to teach children about digital culture.”

For this dream to come true, teachers and professions must be trained properly. Misconceptions around digital tools put a brake on training teachers, according to Amélia Matar: “Many teachers think that computer science or anything IT is too complicated. In preschool, teaching without screens make them get past the obstacle. They feel more comfortable and legitimate to pass down their knowledge.” The government also put training programs into place for elementary and middle school professors, online or through the usual training plan. Yet, “digital culture is a project culture, Jean-Marc Merriaux reminds. Today, schools are partnering with associations and professionals of the field to conduct projects around IT.” Up north, the Finnish government unveiled a key project on teachers’ training. “Within the last five years, we have formed a tutor-teacher model here in Finland. Those peer tutoring teachers have played a major role in promoting digital and coding skills in schools.” This measure prides Finland, as Tero Huttunen expresses.In 2017, on average, 21 teachers were receiving tutoring per each tutor teacher.