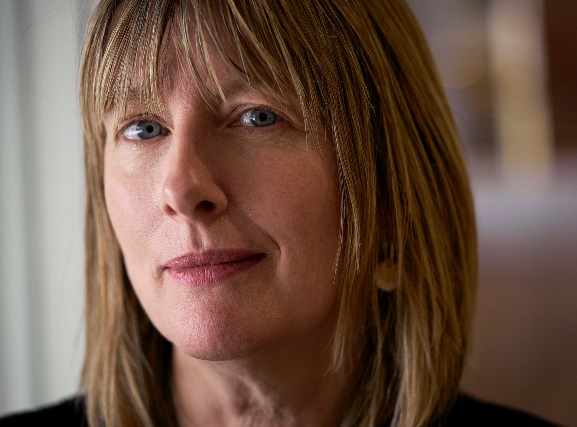 Fionnuala Ní Aoláin is Special Rapporteur on the promotion and protection of human rights and fundamental freedoms while countering terrorism for the United Nations High Commissioner’s office. The Irish Doctor of Law has proven throughout the years that she is the right person to prevent human right breaches, always keeping in mind the well-being of women and girls. And the current situation in Afghanistan is no exception.

“As the Taliban were entering Kabul, my team and I did not get much sleep” shares Fionnuala Ní Aoláin. “We were trying to get the people we knew and had worked with out, because many states hadn’t made adequate plans in this regard.” She knew too well what could happen to those UN allies if they stayed without protection in Afghanistan.

These last few months, Fionnuala Ní Aoláin had watched closely what was unraveling in the Central Asian state. In fact, as “Afghanistan is the heart center of global terrorism and, thus, of counter terrorism”, the UN Special Rapporteur on the promotion and protection of human rights and fundamental freedoms, while countering terrorism, has been paying attention to this part of the world since her appointment in 2017.

Back then, the Doctor of Law and professor at the Queen’s University of Belfast and the University of Minnesota did not expect to access this position. “My two predecessors were men; it is a very male-led field. I really did not think I would be appointed.” A new mission on top of raising three kids and having a full-time job as university professor.

Fionnuala Ní Aoláin had to fit into this very masculine area that are matters of security and defense. “I am incredibly lucky to have an all-female team of lawyers working with me. They have been enormously helpful to me to face the challenge linked to the masculinity of the space. I was used to it, law is a male-dominated profession and evolving in academics, I was already in a field where men are more present. Sometimes you contribute to undoing gender perception with your own presence.” For example, as Special Rapporteur on Counter Terrorism and Human rights in such an era, Fionnuala Ní Aoláin often visits jihadi prisons all over the world. And most of the time, government officials try to keep her from seeing the prisoners because she is a woman : “I often struggle to assure them that I am not afraid.”

While teaching and publishing research articles on international law, human rights law, national security law, transitional justice, and feminist legal theory, she simultaneously kept an active advocacy role with a human rights organization Fionnuala Ní Aoláin had joined during her PhD. This led her to the UN spheres early on. “Right at the end of war in Bosnia” in 1996, she worked as a representative of the prosecutor at the International criminal tribunal for the former Yugoslavia. Later, in 2003, she was appointed by Kofi Annan, then Secretary General, as special expert on promoting gender equality in times of conflict and peace-making. Her collaboration with the global institution continued for years around issues concerning human rights and revolving around women and girls in conflict areas.

Becoming Special Rapporteur was thus a natural next step for Fionnuala Ní Aoláin. In some ways, it also feels like this position was awaiting someone with such a background. The 54-year-old Doctor of Law is not only a prominent professor, she is also Irish. “I was born in Ireland, but my mother’s family is from Northern Ireland. The conflict between the two nations was a large piece of my childhood” she remembers. “In 1987, when I entered law school at the University of Belfast, it was the height of the conflict. Helicopters were flying over our heads all day, there were military checkpoints. The conflict was always surrounding me.” The situation led Fionnuala Ní Aoláin to join a human rights organization, hoping to take part in the peace settlement. In a way, she did. In 2000, she was appointed by the Irish government to sit on the Irish Human Rights commission, as a direct result of the Good Friday Agreement.

A goal of protection for Afghan women and girls

Since then, global human rights issues have evolved and the focus has been made on countries far more foreign to Fionnuala Ní Aoláin than Ireland, such as Afghanistan. With everything that has happened there in the last few months, the Special Rapporteur is, once again, especially worried for women and girls. And, once again, being a woman in her position might make a difference : “I am not sure that a non-female rapporteur would consider the impacts the conflict has on women and girls this way.”

As Special Rapporteur, Fionnuala Ní Aoláin is expected to monitor those situations considering protection of human right and counter terrorism strategies. “Part of the job is also calling governments out when they fail” she says. To act concretely against the Taliban rule and help Afghans these days, she has a plan in mind. “We need to grant freedom of movement, through visa waivers or humanitarian visas for women at elevated risk, such as journalists, artists, activists… And we must embrace them and recognize that they are extraordinary, welcome them properly, not putting them in refugee camps for months.” Lifting terrorism sanctions of the international community to enable humanitarian access to Afghanistan is also key to the Special Rapporteur.

Fionnuala Ní Aoláin also proposes to build a fact-finding commission to establish the human rights breaches committed by the Taliban in power. “We do not have the luxury to forget what they have done, and we cannot close our eyes to it” she insists. Unfortunately, with the Taliban’s’ rule comes the strengthening of their ties with terrorist groups such as Al Qaeda. “The risks are probably higher now that we are gone” points out Fionnuala Ní Aoláin.

Afghanistan being the heart of counter terrorism, the strategies developed there are being used in other places, such as Sahel. “The way it turned out in Afghanistan shows that the measures we have put into place to counter terrorism since 9/11 don’t work very well. States may not be ready to have this conversation, but the situation creates an enormous reason to readjust what we have done the last 20 years.”