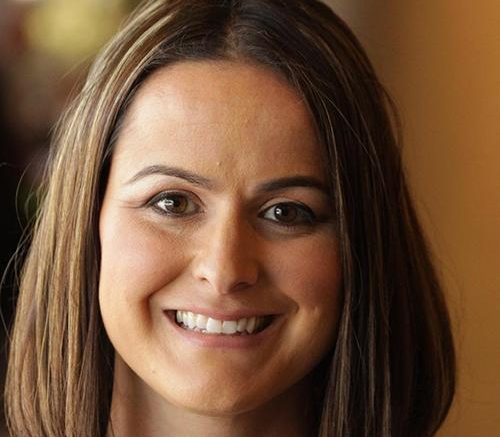 She sits in front of Congress to call for action on data regulation, she advocates against hate speech online, she works on building back local journalism initiative. Jessica González, co-CEO of the American NGO Free Press has been fighting towards justice in the media and on social media for 20 years.

“I am an optimist. I think we can make the system better or at least hand our kids a blueprint to make it better.” It’s early morning in Los Angeles, just a few day after the New Year rang and Jessica González has not lost an ounce of her enthusiasm since 2021. From her own home – Covid is still very much threatening this year – she jumps right back into her role of co-CEO of Free Press, an American organization which advocates for “equitable access to technology, diverse and independent ownership of media platforms and journalism that holds leaders accountable”.

Within this “very flat organization where everyone has a role to play”, Jessica González is, among other roles, the spokesperson. She is the one the team of 35 advocates turns to to go out in front of the US Congress to urge elected officials to pass legislation to hold social media companies accountable for spreading disinformation, for example. One of her other goals is to find money to fund all of the ideas and programs the independent organization puts together. “We take no money from political parties, governments or corporations so we can stay independent”, the co-CEO explains.

Jessica González holds this position since 2020 – after 3 years in the organization – though it is far from being her first experience in the fight to get tech companies to be more transparent and accountable to the people. “I grew up wanting to be a journalist, she smiles. I wanted to tell the truth. As a member of a Californian family of Mexican descent, my community was very little represented in the media, or only for crime stories.” It is with that dream that Jessica González went off to college in 1998. “I quickly learned about the news ecosystem, the prevalence of sexism and racism within it and how capitalism influences what we hear and read in the media.” Soon, then, the dream changed. All of a sudden, it was all about understanding how the media sphere worked, right when the internet was beginning to bloom.

After 4 years of college, the Angeleno taught in public school for two years. Then, she was drawn back to studying : law, this time. “In law school, there was a program specifically focused on the media and telecommunications”, she remembers. Of course, she chose it. “I was always very drawn to those questions: how do we ensure that journalists are protected ? How do the people get to tell their stories ?’”

By the time Jessica González became a lawyer, the internet had sprung and social media were slowly blossoming. She became a full time advocate, as a lawyer for NGOs and other groups, and worked on ways “to oppose media conglomeration and ideas on how to regulate the media to protect children” while a fellow in Georgetown University (Washington D.C). “I became really interested in how we could regulate the internet. I had, and I still have, high hopes that people who don’t have a lot of power or money can access it as easily as others. That is when I started promoting net neutrality, that is to say not letting internet service providers interfere with the traffic.”

What improvements to seek

Around that time, the young lawyer also started fighting against hate, racism and discrimination targeting Latinos. As Vice President of the National Hispanic Media Coalition in charge of Policy and legal affairs, Jessica González fought against hate crimes and hate speech. She traced “how far-right movements were using anti-immigration tools to gain in force”. “The election of Donald Trump gave them cover. We had a white supremacist in the White House.”

In a way, coming to Free Press, Jessica González got closer to her first interest: journalism. Part of her job is now to bring back local journalism into communities – according to Free Press, since 2004, 1 out of 5 local newspapers in the US has closed. Just like she wanted to do as a teenager. “The capitalist media system won’t support good quality journalism, but clicks. We can do better. With Free Press, we have projects in Philadelphia, New Jersey, Colorado and North Carolina to try to increase public investments and build more relationships between reporters and the communities they evolve in.”

Even though she admits she’s “biased” because of her job, Jessica González is convinced citizens are still looking for quality local news. “I have children who go to school. I can see in my network of moms that we would have loved to know who made the decision to put kids back in class after Christmas break, how is the testing going, etc. Covid is such a good example of an event that helps people want to have more information.” Needless to say that local journalism would help fight disinformation. “We have gotten so used to not having local news and relying on hearsay that it has become normalized”, she says.

What a risk to take

The fight is not always thrilling, though. “It is a scary time to be an activist”, the co-CEO says. “There is a target on my back. We had to beef up our security because I have received death and rape threats. That could be a barrier to showing up to work.” Jessica González got scared for her children : “Part of targeting powerful women is going after their kids. You can come at me, but don’t you dare come at my children.”

This violence is not dissimilar to the racist slurs she received as a young girl from Mexican descent. It could have stopped her. It doesn’t. She protects herself, her family and her staff – mental health is part of the health insurance offered at Free Press – and she keeps on advocating for what she believes in.

She sits on the Real Facebook Oversight Board, a critical group organized to protest the actual board Facebook put together to show it was doing something for regulation. This “Real Board” “tracks Facebook policies and how they are enforced, and how they carry out their responsibilities to the public.” It concurs with what Free Press advocates like a leitmotif : “truth, justice and democracy”.

What the future holds

Facebook is not the only platform which has to be scrutinized to get better. Jessica González has boys that she is “very concerned about raising feminists”. She is seeing how by watching simple videos on YouTube, the algorithms lead them to more and more sexist and/or violent contents. “We need to limit the amount of data the companies collect and retain about us.”

Through another organization that she co-founded, Change the Terms, Jessica González tried to persuade tech companies to hire more humans to regulate hate speech in particular. “All of them hated transparency, she underlines. But we know they have the means to be more open.” Yet, progress is being made. “Twitter has done a lot of good in the last few years”, she admits.

She is not sure governments are the answer to a more inclusive internet. “There are bipartisan concerns now anyway about how social media are impacting our daily lives. People on all sides are very angry.” Most of all, Jessica González , even though she is far from stopping the fight herself, has “high hopes for the next generations”. “I’m already seeing my children learning kindness. Things are changing and I’m inspired by what this world is going to become with our kids. I’m glad I have a small role to play.”