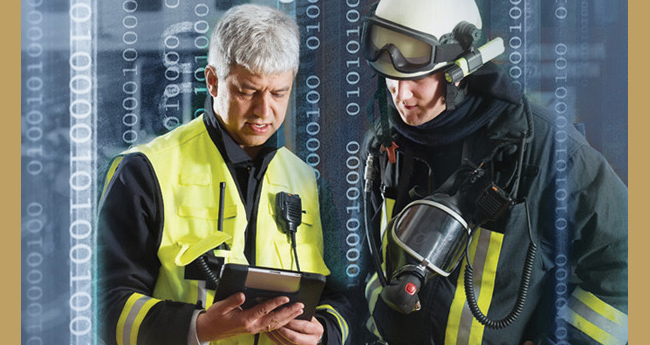 “We have seen that eMBMS will be mandatory requirement in several public safety LTE networks which are now emerging in several countries. We are pleased to introduce this mission-critical feature in Bittium Tough Mobile and demonstrate it together with our long-time partner Air-Lynx. A unique feature of the Bittium and Air-Lynx solution is that it uses RTP protocol. This protocol has been selected by 3GPP as the standard for public safety eMBMS in the upcoming release-13 of LTE”, says Tero Savolainen, Director Special Devices at Bittium.

“Thanks to our successful partnership with Bittium, we are able to show real demonstration of eMBMS for the first time. Use of a multicast is essential for efficiency of LTE professional use. With this announcement Air-Lynx is positioned on the leading edge of LTE private networks solution suppliers”, says Didier RAFFENOUX, Air-Lynx C.E.O.

LTE technology enables use of broadband data for data intensive applications such as real-time video transmissions. However, these applications may quickly consume all available radio resources when there are multiple users in a single cell area, all transmitting and receiving at the same time. eMBMS enables multicasting the same content even to thousands of users at the same time, in a single transmission. The use cases for eMBMS in public safety LTE include real-time video streaming for situational awareness as well as mission-critical push-to-talk. It can also be used for non-critical applications such as file deliveries, software updates and any other uses where a big amount of similar data needs to be sent to multiple users.