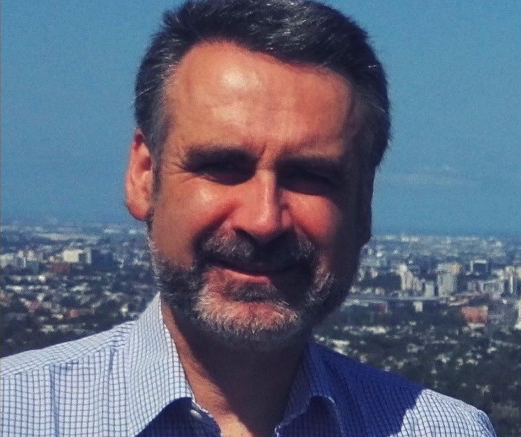 « If we can put in place the right technologies – based on critical communications, of course, –  then we will live in smart and safe cities and enjoy a new renaissance that will open up previously unimaginable voyages of discovery » said Peter Clemons, founder & Managing Director of Quixoticity.

How did you become involved in the critical communications industry?

It’s a long story, but following many years living, studying and working in Latin America, I came back to UK – University of Bristol – for a further degree in Economics & Finance. I ended up writing a dissertation on Access Pricing in Telecommunications and landed a job with a US consulting firm based in London. My first report in 1996 was on the emerging TETRA standard and its potential. Although I have always kept a close eye on other technologies since then, TETRA and critical communications has remained my specialist subject.

Does technological evolution now mean the end of the road for technologies such as TETRA?

Most definitely not. This is what I find so difficult to explain to non-technical people such as politicians, the business community and financial institutions, to name just a few. I am currently involved in defining the critical communications components of the ITU/3GPP 5G standard (IMT-2020, Releases 15 + 16) which will underpin future societies, economies and new business and operational models during 2020s and well into the 2030s. But this doesn’t mean that existing standards such as TETRA, P25, DMR or even analogue PMR are becoming obsolete. So-called 2G technologies will be around for at least another decade – and maybe longer. We are defining interfaces and interworking between 2G/3G/4G/5G so that critical users can migrate smoothly, efficiently and sensibly from existing solutions to whatever comes next, group by group, step by step, in a safe, low-risk environment that critical users demand.

Tell us more about Quixoticity?

I set up Quixoticity back in 2012 to take a fresh look at the evolution of global critical communications. I have worked in just about every market, with almost all the major suppliers, operators and end-users in our space. I have always believed that one day all communications will be critical to societies, economies and our general health & well-being. However, I found that there was a huge void in interest, knowledge and investment between the enormous commercial space and the niche critical space that needs to be bridged if we are to develop the secure, reliable, always available future solutions required by all global citizens – solutions that the critical communications industry understands very well.

What role does Quixoticity play in global standards?

In spite of being a very, very small business – a micro-business, in fact – Quixoticity has been a member of TCCA since its inception, participating in a number of working groups such as Marketing Group, Transport Group, CCBG (Broadband Group). Last year, Quixoticity also became probably the smallest member of ETSI & 3GPP. As the 5G requirements & technologies are defined over the coming months & years, critical communications will be at the very heart of these efforts – public safety, security, low latencies, ultra-reliability, vertical markets etc. Quixoticity is developing a vision of the future up to 2030, studying the most likely paths to success for public safety & critical communications organisations.

What projects are you currently working on?

I have been spending a lot of time recently in the Middle East, in particular, the Kingdom of Saudi Arabia and even more recently, Dubai, understanding more about the requirements of public safety & national security agencies, helping out mission-critical communications-focused operators such as Bravo and developing a new framework to understand critical communications in emerging markets. Many global standards bodies, institutions and associations tend to be very Eurocentric or focused on “already-developed – some might say, declining – markets. There is an exciting new world out there beyond the main global centres that is developing very quickly and can contribute new ideas and new ways of seeing the world.

Perhaps Quixoticity’s most ambitious project, that is now reaching a critical stage in its development, is the Quixoticity Global Index which will rank markets according to the maturity of their critical communications solutions as we move from a predominantly “2G world” of TETRA/P25/DMR towards a new 2G+3G+4G+5G world circa 2030. Is there one particular path from one world to the next? If not, then how many might there be and which ones might be quantitatively or qualitatively better than others? Hopefully, if this work succeeds, the Quixoticity Index will be a valuable additional tool for Governments, suppliers, operators and end-users around the world.

What excites you most about the future?

The future can be a very, very scary place, especially in these times of increased uncertainty, complexity with dangers lurking at almost every corner. However, it also provides us with a blank canvas upon which we can project our hopes and fears, incredible new ideas, new technologies and new ways of seeing the world. If we can survive the next decade or so of total chaos and confusion, then I believe a new Golden Age will open up for humanity and the new creatures and forms of intelligence we are in the process of creating to help us navigate enhanced – augmented – realities and accelerating time-frames. If we can put in place the right technologies – based on critical communications, of course – then we will live in smart and safe cities and enjoy a new renaissance that will open up previously unimaginable voyages of discovery. If we fail, then I would prefer not to be around to witness the fall-out!

How important is Critical Communications World?

I remember the original TETRA World Congress held in a hotel in East Berlin back in 1998, and organised by IIR Telecoms and the TETRA MoU Association close to the Brandenburg Gate. The event has changed a lot since then, with both main organisers changing their names as well as the event itself. Critical Communications World remains the premier event for the global critical communications community. This year, we will see even more global players sharing floor space and conference platforms with the traditional TETRA/PMR players. There are also a growing number of specialist, niche companies offering just about every possible solution you could imagine. No serious global critical communications expert can afford to miss this event and the networking opportunities it provides.

What will you be speaking about this year in Hong Kong?

I have prepared a presentation on what I believe Critical Communications will look like in 2030. Hopefully this will generate a lot of discussion at the event and on social media before, during and afterwards. I will also be moderating a mega-session during the Opening Day Plenary Session where some of the world’s leading experts will share their opinions with the audience in an open and interactive manner.

Where do you believe the critical communications industry is heading?

Critical communications has a very, very bright future at the heart of future developments as public safety LTE networks are rolled out across the world and we move towards limited deployments of exciting 5G-ready solutions. Over the next decade or so, existing TETRA/P25/DMR networks will merge with these emerging standard solutions until users – and operators – will not be able to distinguish their individual features. Probably by 2030, we will no longer be talking about a separate critical communications industry and there will no longer be a need for a Critical Communications World, as fixed-mobile convergence and fully-deployed next-generation architectures become the underlying fabric of future societies and economies.

Then we will all be able to put our feet up, plug ourselves into the next-generation Internet that we have helped to create and enjoy a long, relaxing retirement, until the moment finally arrives for our physical self to say goodbye to this world and for our digital self to ascend to the Cloud to be harvested until the end of time by future generations of Big Data & Analytics.