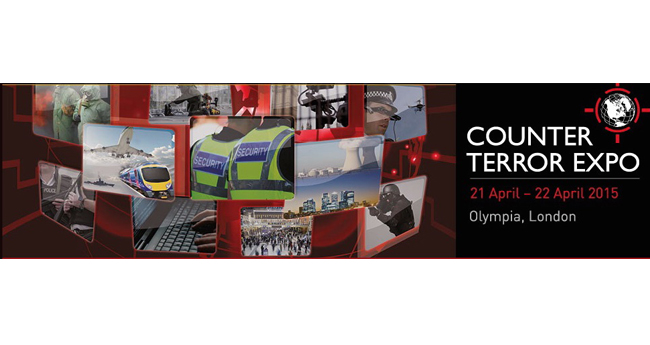 "We live in extraordinary times - the nature of terrorism has changed"

Mark Rowley, Head of Specialist Operations and Assistant Commissioner Metropolitan Police, delivered the opening address at the World Counter Terror Congress on the first day of Counter Terror Expo which runs from 21- 22 April at Olympia in London. According to Mr Rowley, the security level that was raised to « Severe » in autumn 2014 will likely stay for some time.

Mr Rowley outlined to delegates that there is now a different modus operandi for terrorist groups and that the nature of terrorism has changed as it seeks to inspire people to act in its name and to develop cult followings. Terrorist exploitation through social media is now reaching into communities in different ways resulting in many travelling to Turkey. Border access in Turkey poses a different problem, compared to previous threats, explained Mr Rowley, as it’s situated close to budget holiday routes.

Although he confirmed that arrests stand at one-third more than previously, the operational environment is trickier faced with new and changing threats and volatility. To help the CT network remain agile, to change tactics and be operationally flexible, the focus is on locally embedded and national co-ordination based on the four Ps – Pursue, Prevent, Protect and Prepare. Communities can help deconstruct the values systems of terrorist groups.

Mr Rowley, who has been the Assistant Commissioner for Specialist Operations in the Metropolitan Police since June 2014, leads the Counter Terrorism Policing Network in the UK and represents CT Policing in its engagement with Government on operational and policy issues associated with tackling terrorism, espionage and proliferation.

The next speaker at the podium was Jamie Shea, Deputy Assistant Secretary General for Emerging Security Challenges, NATO who addressed the complexity, scale and challenges of terrorism. Mr Shea outlined a sharp rise in deaths from terrorism. In 2000, there were 3,361 which rose to 17,258 in 2013 and now average 25,000 deaths a year. In addition, four main terrorist groups account for 66% of all deaths and 70% of terrorist attacks take place in countries where civil wars are being waged.

Mr Shea also told delegates that the second biggest city in Jordan is a refugee camp which is a potential breeding ground for terrorists to recruit followers. He confirmed that 31,000 foreign fighters have been lured to Iraq and Syria as a result of active grooming via the internet. However, many terrorist groups now realise that technology can be as much a weakness as a threat as followers can divulge too much useful information via social media, e.g. Facebook, with more use of Skype the  « dark » internet.

As an example of a hybrid organisation which is powerful and difficult to defeat, Islamic State is an international church set up as a business. According to Mr Shea, it exploits $2m a day in oil and has $6bn in assets – terrorist organisations have massive financial needs. In paraphrasing Tony Blair, Mr Shea said it was necessary to be « tough on terrorism and on the causes of terrorism » and cutting off the money supply is a vital challenge. An initiative such as the Financial Action Task Force, based in Paris, is one of the ways this issue is being addressed.

Mr Shea has been working with NATO since 1980 and is involved with several prominent academic institutions and acts amongst others as professor of the Collège d’Europe, Bruges, Visiting Lecturer in the Practice of Diplomacy, University of Sussex, Associate Professor of International Relations at the American University, Washington DC, where he also holds the position of Director of the Brussels Overseas Study Programme, and lectures at the Brussels School of International Studies at the University of Kent.