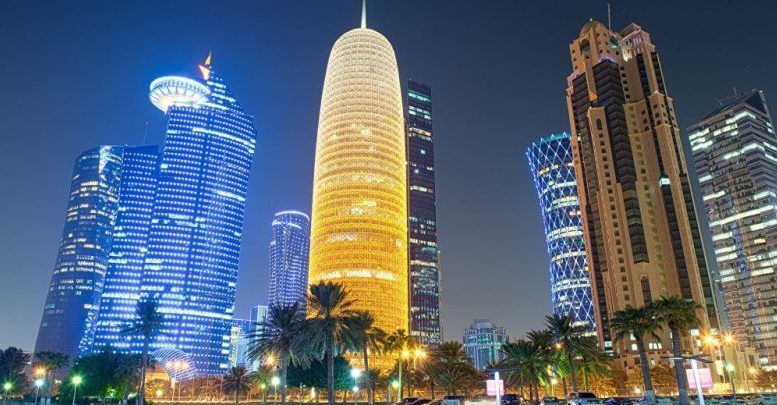 After the National Cyber Security Committee establishment in 2013, and the QNA cyberattack in May 2017, the State of Qatar will host the Munich Security Conference (MSC) Cyber Security Summit in 2019. The world’s leading platform for debates on international security policy.

The Summit will be hosted in partnership with the Munich Security Conference and Qatar’s National Cyber Security Committee (NCSC), established in 2013 and chaired by HE the Prime Minister and Minister of Interior.

In 2013, HE the Prime Minister and Minister of Interior established the National Cyber Security Committee to address Qatar’s cyber agenda at the national level and to ensure that all public and private entities are adopting the objectives of the National Cyber Security Strategy, which aims to: safeguard the nation’s critical information infrastructure; respond to and recover from cyber-attacks; establish a legal framework and regulations to establish a safe and secure cyberspace; foster a culture of cyber security that promotes safe and appropriate use of cyberspace; and enhance Qatar’s national cyber security capabilities.

On 24 May 2017, Qatar was the target of a cyber-hack that served as the pretext to the illegal blockade launched in June 2017 by the governments of Saudi Arabia, UAE, Bahrain and Egypt. Sophisticated malicious programmes were installed on Qatar’s state news agency website and deployed to post fabricated statements attributed to His Highness the Emir. Qatar’s Ministry of Interior presented evidence to prove the cyberattack originated from the United Arab Emirates.

Iceland Prime Minister Katrín Jakobsdóttir has revealed that the experience of Qatar in defending its national security against cyber-attacks was discussed by the ned of July during the NATO summit in Brussels.

In remarks to a Qatar-based Arabic daily published, Katrín Jakobsdóttir underlined that “cybersecurity is a very big challenge for us and we are meeting to discuss ways to protect our people from direct targeting through social networks and Internet websites, and ways to secure our government and private facilities and sovereigns,” from espionage, snooping and exploiting information to guide wars and attacks against our countries, as happened with Qatar, when its news agency official (QNA) website was hacked in May 2017. “This was exploited to launch the biggest political crisis in the Gulf region, the perpetrators of the crime were still exploiting it locally, regionally and internationally against Qatar, and also exploiting it to distort its image and reputation through “hackers and electronic flies” and had created an electronic war with rumours that fuel popular strife. This is dangerous, very dangerous,” she warned, noting that the threat to any country is not only military. “The risks are not only terrorist, but cybersecurity is as important as the war against terrorism and the protection of allied countries from colonial ambitions, the protection of consciousness, facilities and institutions and the protection of the minds of the masses is a very important goal.”

The Iceland PM said that the NATO summit had discussed ways to prosecute pirates and manipulators of state security through “cyber-attacks” and armies of what is known as “electronic flies”.

“We are all studying with the participation of Qatar on the basis of its recent experience – how to protect the member countries and participants of the dangers of the Internet, and how to prosecute and confront the manipulators and conspirators to stop such attacks and serious threats that almost caused a military campaign of hostility against a country like Qatar, and almost led to major political crises in Germany, France, Spain, Iceland and many countries,” she added.

“We are now facing a major challenge, and we all have to work against Internet wars, rumours and the dangers of directing the masses. We are required to protect our citizens from the dangers of polarising extremist organisations and catching them online. We will do it, along with distinguished allies such as Qatar, which certainly has an important experience to put forward and benefit from to secure our future states,” she noted.

Next step: Cyber Security Summit in 2019

HE Minister of Transport and Communications Jassim bin Saif Al Sulaiti, Chairman of the Qatar’s National Cyber Security Committee (NCSC) said: “The Summit will bring together cyber experts and decision-makers to discuss the most pressing issues in what is an ungoverned space in foreign and security policy. As Qatar found after its state media was hacked last year, hostile acts by foreign governments can now be perpetrated beyond the rule of law from behind a computer screen. It’s important for the international community to find solutions so that these actions can be punished and prevented in the future.”

The Summit in Doha will bring together participants from government, international institutions, business, academia and the military to raise awareness of online security issues and the ramifications and the impact on international governance. The Summit will include a full-day programme of panel discussions that question the fundamental norms of foreign policy and the growing significance of cyber security in the Middle East.

With over 500 official participants and 300 observers assembled at the Hotel Bayerischer Hof, the annual conference provides a unique atmosphere for frank, private and mostly off-the-record exchange on present and future security challenges and solutions. In addition to its annual conference, the MSC Foundation hosts a number of smaller, albeit equally high-profile, events around the world. This includes Core Group Meetings, which have a regional focus, as well as thematic tracks, such as the Cyber Security and Technology Series, the Human Security Series, and the Defence and Security Policy Series, with Summits and Roundtables in different cities around the world.