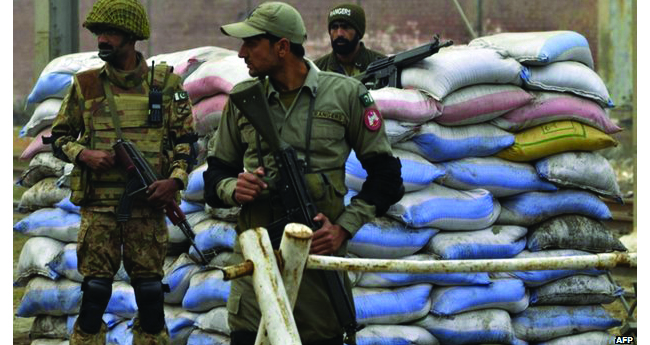 Pakistan’s army chief, Gen Raheel Sharif, has said there will be no let up in the military’s offensive against Pakistani Taliban (TTP) militants on the Pakistani side of the border with Afghanistan.

« The campaign will go on through the winter months, » he said during a three-day visit to London. « There will be no turning back. » The Pakistan army operation in the militant stronghold of North Waziristan began last summer, long before the attack on a school in the city of Peshawar, in which Pakistani Taliban militants killed more than 130 children. But, the general said, the massacre had given the army extra resolve to fight the militants. « We didn’t expect them to attack children, » he said. Gen Sharif told Britain’s Secretary of State for Defence Michael Fallon that militants near the Afghan border remained in « just a few pockets ». But in Peshawar analysts and journalists report that, in fact, the militants still control significant amounts of territory in North Waziristan, and that the army offensive has so far only managed to clear the urban areas.

There are also question marks over the way the army defines its enemies. While it is fully engaged against the TTP, Punjabi-based militant groups such as Lashkar e Toiba, which carried out the 2008 Mumbai attacks, are free to operate in Pakistan without interference. Privately Pakistani military officials argue that, with so much fighting going on near the Afghan border, they cannot be expected to simultaneously confront Punjabi groups. Critics argue that in fact the army has no desire to confront Punjab-based groups, most of which focus their attacks on Indian targets. There are similar debates concerning the army’s attitude towards the Afghan Taliban and the cross-border Haqqani network, which in 2011 was described by the then chairman of the US joint Chiefs of Staff, Mike Mullen, as a « veritable arm » of Pakistan’s most powerful intelligence agency, the ISI. Despite all lingering questions about Pakistan trying to distinguish between the so-called « good » and « bad » Taliban, Gen Sharif insisted that Pakistan had reviewed its Afghan policy and was genuinely committed to the establishment of a broad-based government in Kabul under the leadership of President Ashraf Ghani.

As well as discussing Pakistan’s desire to receive more military equipment and training from the UK, officials from the two countries traded requests for co-operation in relation to individuals on each others’ soil. Gen Sharif asked that the British take action against Baloch separatists living in London, including Hyrbyair Marri, who Pakistani officials say is the leader of the Balochistan Liberation Army (BLA). The general requested that the BLA be listed as a terrorist organisation and that legal measures be taken against any of its leaders based in London. For more than a decade the BLA has been in open rebellion in the Pakistani province of Balochistan. A long-running army campaign has contained the insurgency but not managed to bring it to an end. Mr Marri was cleared of terror charges in a British court in 2009. Human rights activists complained at the time that he was only put on trial at the request of Pakistani leader Gen Pervez Musharraf. Given that Mr Marri was found not guilty, it would seem all but impossible for the British authorities to retry him. For their part, British Home Office officials asked for Pakistani co-operation regarding the MQM political party. The MQM has 20 members in Pakistan’s National Assembly, most elected from constituencies in Pakistan’s biggest and richest city, Karachi. The MQM leader, Altaf Hussein, has lived in north London for more than 20 years and successive Pakistani governments have complained that British officials have turned a blind eye to the party’s willingness to use violence to get its way. Following the murder of the MQM deputy leader, Imran Farooq, in London in 2010 the party has been the subject of a major British police investigation. The UK is pressing Pakistan to release two men – Mohsin Ali Syed and Mohammed Kashif Khan Kamran – who they suspect of carrying out the murder and who are currently thought to be in ISI custody in Pakistan. Despite all the warm words expressed by the Pakistani delegation and its British hosts it is unlikely that either government will move to help the other. While the British authorities can’t see what they could charge the Baloch separatists with, the Pakistanis are reluctant to give up the MQM suspects. For as long as they remain in ISI custody, they provide the army with a valuable lever over the MQM’s parliamentary bloc. 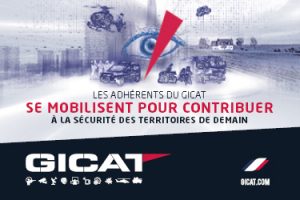