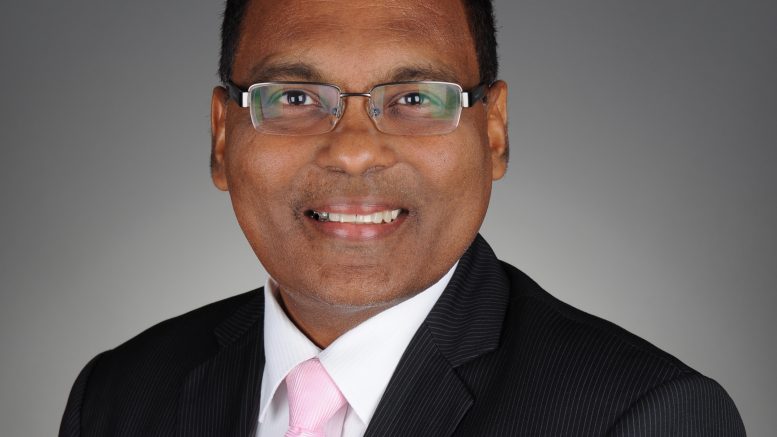 By Doctor Rohan Gunaratna, Professor and Head of the International Centre for Terrorism Research and Political Violence, Singapore. He is lead author, Handbook of Terrorism in the Asia-Pacific (Imperial College Press, London, 2016). He is also a Milipol Asia Pacific speaker.

These three categories correspond with the rise of communism; surge in nationalism and communism; and the intensification of religious extremism and sectarianism. Ongoing unrest and instability in conflict-affected regions, including those in Afghanistan-Pakistan and Syria-Iraq, have transformed the global threat landscape. Presently, leftist and ethno-political conflicts in the Asia-Pacific persist while the rise of politico-religious conflicts throughout the world presents formidable challenges for the region. The first wave of politico-religious conflict can be traced back to the 1990s, when the veterans of the Soviet-Afghan war returned and re-joined existing threat groups in the region. New groups materialized and sharpened the presence of local and regional terrorism across the Asia-Pacific. Today, global terrorist and insurgent movements that actively seek to influence local and regional groups have emerged as sustained and severe threats to societies.

At present, the terrorism threat landscape in Asia is defined by the presence of transnational movements like Islamic State (IS) and its affiliates. IS’ rival, Al Qaeda (‘The Base’) has diminished in size, strength and influence. While the two groups share a similar ideology, IS’ brand of brutality and barbarism, especially against fellow Muslims, has drawn condemnation from the international community, including the majority of Muslims. Ongoing military, diplomatic, political, economic and information operations against the entity in Syria and Iraq by the US, Russian and Arab coalitions alongside local governments have been aimed at diminishing IS’ foothold in the Asia-Pacific. Despite mass executions, graphic beheadings, slavery of women, and various atrocities, IS’ battlefield successes and its self-proclaimed Caliphate have enabled the group to gain the support of various Muslim communities across the globe.

According to a study by the US-based Pew Research Center, 1 to 10 percent of Muslims in the Asia-Pacific have expressed support for IS, with an overwhelming majority of them from Malaysia. Violent attacks by its members have threatened both the social stability and security of the Asia-Pacific countries, presenting both ideological and operational challenges for governments. Unless governments and civil society partners comprehend and act comprehensively to counter the threat, the prosperity and harmony of the Asia-Pacific will suffer.

A transnational terrorist movement with more than 100,000 members in its ranks, IS’ struggle for control and survival is reflected in its ambitions for global expansion. Its plans have surpassed those of Al Qaeda’s, whose aims to replace secular states with a single Islamic political leadership in the past failed to materialize. Coalition airstrikes targeting the entity in Iraq and Syria is understood to have driven IS’ membership strength downwards. This however does not preclude the fact that IS has succeeded in mobilizing at least 30,000 foreign fighters from over 100 countries. Beyond the extensive membership, the group also enjoys the support of more than 42 million supporters and sympathizers in the Arab world. A self-styled caliphate, IS is determined to expand from the Middle East into Africa and Asia. It has mounted an ambitious propaganda campaign worldwide to spread its ideology. IS has used its sophisticated social media propaganda campaign to recruit, radicalize and raise funds, and to garner the support of hundreds of thousands of Asians. The exploitation of social media technology to spread its narratives and the growth of operational capabilities by IS and likeminded groups have given these groups the capacity to threaten both Muslim and non-Muslim governments and societies in Asia. IS will make its global presence known in three forms: IS’ core, IS’ external operations wing and IS-inspired self-radicalized cells. IS’ core will continue to deploy its forces to expand its territorial control, while IS’ external operations wing will seek to conduct mass fatality-mass casualty attacks. IS-inspired self-radicalized cells operating in countries across the world will conduct low cost and high impact attacks. While many have joined IS, the appeal of various militant groups in Syria and Iraq has also polarized radical and violent Muslim groups and individuals worldwide. IS’ rival, Jabhat al-Nusra (JN or ‘Support Front for the People’) also known as Al-Nusra Front and Shia militia groups have also drawn large numbers of recruits to them.

The Asia-Pacific is a vast region which stretches from Kazakhstan, a country that shares its borders with Russia, to New Zealand in the South Pacific. A historically resilient region, violent groups in Asia-Pacific have managed to operate in areas located in the sub-regions of South Asia, followed by Southeast Asia, Central Asia, Northeast Asia, and to some extent, the South Pacific. In South Asia, the terrorist campaign of the Liberation Tigers of Tamil Eelam (LTTE) was brought to an end in 2009 after Sri Lankan security forces defeated the group’s military capabilities. To date, the only other active insurgencies in South Asia are the communist insurgencies in India, the ethno-political insurgency in Balochistan, Pakistan, and politico-religious insurgencies in Afghanistan and Pakistan. Some sources estimate that there are between 500 and 1,000 Sunni fighters from Pakistan and Afghanistan supporting IS and Al-Nusra Front in the region. While some sources have approximated that more than 1,000 Shias from Pakistan are fighting in Syria, the Afghan Shias in Iran appear to have been mobilized in much larger numbers. Furthermore, nearly 200 Maldivians, 36 Sri Lankans, and 23 Indians actively serve with IS and Al-Nusra Front on the ground. In Southeast Asia, over 800 Indonesians and Malaysians, including children and women are under IS in Iraq and Syria, while there are others siding with Al-Nusra Front and other groups. Approximately 2,200 Central Asians, consisting of 700 Tajik, 500 Kyrgyz, 400 Kazakh, 360 Turkmen and 200 Uzbek nationals, are fighting with IS, Jabhat al-Nusra and Shia militias in Syria and Iraq. There are currently no active insurgencies or terrorist campaign with a strong operational presence in Central Asia. Estimates of Northeast Asian and South Pacific nationals in foreign fighter capacities, while relatively low, are nonetheless unprecedented: close to 1,000 Chinese Uighurs are present in Syria, while 110 Australians are working alongside IS, Al Qaeda, and other groups in Syria and Iraq.

Evolution of the Threat

In the last two decades, the threat emanating from leftist and ethno-political groups eclipsed the threat posed by politico-religious groups. Leftist groups continue to pose threats for governments. These groups include the Naxalites – a Maoist-oriented and militant insurgent and separatist group operating intermittently in India since the mid-1960s; New People’s Army of the Communist Party (CPP-NPA) of the Philippines – the military wing of the Communist Party set up in 1969 by Jose Maria Sison; other separatist groups such as Runda Kumpulan Kecil (RKK) of the National Revolution Front (Barisan Revolusi Nasional (BRN)) – linked to the largest, most active and organised BRN sub-group involved in the insurgency in southern Thailand (the Patani Malay National Revolutionary Front Co-ordinate, BRN-Coordinate, BRN-Koordinasi or BRN-C); as well as the Balochistan Liberation Army (BLA) – an ethno-nationalist militant organization fighting against the Pakistani government for greater regional autonomy for the province of Balochistan. However, as evidenced in the case of IS, there is an emerging and rising threat today which stems chiefly from groups with a politico-religious agenda. Among politico-religious groups, the power and influence of Christian, Hindu, Sikh and Buddhist extremist, terrorist and insurgent groups have mostly diminished. Politically motivated Islamist groups bent on misinterpreting and misrepresenting Islam continue to be active operationally. A multitude of violent politico-religious groups in the Asia-Pacific are found within Afghanistan and Pakistan, particularly in the Federally Administered Tribal Areas (FATA) in the country’s northwestern areas bordering Afghanistan. Militants also operate in the highly rugged and mountainous territories in the south – where North and South Waziristan are located. Seeking to target and dismantle the Pakistani Taliban on its soil years ago, the Pakistan army carried out military operations on the group, which only temporarily dismantled the group. Some factions of the group would later join IS’ regional branch, known as Wilayat Khorasan/Islamic State Khorasan (ISK).

As a politico-religious group and a global militant Sunni Islamist organization, Al Qaeda possessed an estimated 3,000 members at its peak. Presently, Al Qaeda’s leadership has undergone a decline, with its leaders diminished to approximately 100. However, membership numbers within Al Qaeda’s overseas branches remains significant. In the past, Al Qaeda actively collaborated and operated with the Afghan Taliban (a group with a membership strength estimated to be between 25,000 and 30,000) and the Pakistan Taliban (a group with a membership estimated to be between 12,000 and 20,000).

By comparison, IS, another politico-religious group with a Salafi jihadist militant orientation, has around 20,000 fighters in its overseas branches.

Expansion of the Threat

IS has a total of 30 self-proclaimed wilayats or provinces, out of which 10 wilayats are found overseas.  Out of these 10 wilayats, IS possesses territorial control in Libya and Nigeria.  Wilayat Gharb Afriqiya is the strongest overseas branch of IS, predominantly comprising of Boko Haram members, believed to range between 7,000 and 10,000. Comparatively speaking, IS’ Wilayat al-Haramayn in Saudi Arabia is smaller, with an estimated 100 members. Since IS declared its formation in June 2014, IS inspired, IS or IS regional affiliates have carried out more than 70 attacks in over 20 countries.  More than 1,200 people have been killed in these attacks. IS has spread its anti-Western and Salafi-jihadi ideology both in the virtual and real space, creating pockets of self-radicalized and militarized supporters worldwide. After claiming territory and declaring the Caliphate, IS’ strategy is to govern the areas it controls in Iraq and Syria and expand in Muslim territories from Morocco to the Philippines. IS declared branches after it accepted the pledges of allegiance from local groups. With more groups pledging allegiance to IS’ leader Abu Bakr al Baghdadi in the Middle East, Africa and Asia, IS is likely to accept and declare additional branches in North Africa, Middle East and Asia. Shortly after former mid-level Pakistani Taliban commanders and officials pledged allegiance to IS, Abu Muhammad al Adnani, IS’ spokesman announced the group’s « expansion » into the lands of « Khorasan » – modern day Afghanistan, Pakistan and parts of the surrounding countries – and appointed former Pakistani Taliban commander Hafez Saeed Khan, as the « governor » of Khorasan province. Khan had previously served as the emir for Pakistani Taliban’s tribal agency of Arakzai. Thus, ISK, which was formally announced as a wilayat of IS in January 2015 became IS’ first Branch in Asia. Largely staffed by Afghani and Pakistani nationals, ISK is located in the border regions of Pakistan and Afghanistan and competes with Al Qaeda, Taliban, and the Government of Afghanistan for pre-eminence in the region. With IS’ declaration of new provinces in Southeast and Northeast Asia, the number of branches will increase and its membership is expected to grow in the coming years.

The Future of Threat

The Asia-Pacific region is home to about 64 percent of the world’s Muslim population. IS’ strategy is to (1) establish control of territory and administer the caliphate; (2) expand the Caliphate into permissive areas; and (3) exploit and destabilize areas. IS has manifested the caliphate concept and actively promoted the caliphate in order to generate even more resources to sustain its objectives, including to reinforce the group’s manpower. By either undermining competing groups or co-opting likeminded groups, IS is creating support, resources and capability for future expansion. IS has managed to co-opt likeminded groups and inspired individuals to carry out attacks on both coalition and domestic targets.

With recruits from the Asia-Pacific traveling to Syria and Iraq to join the Caliphate, IS will continue to pursue a vertical and horizontal strategy – building the caliphate in Syria and Iraq to enlarge its organisation’s resources, and expanding globally into regions to extend its reach, gaining greater support and recruiting members from all over the world. In the context of IS’ struggle for control and survival, the group has been seeking to create a system of governance in Syria and Iraq and is succeeding both in enlisting members and generating support from all the sub-regions of the Asia-Pacific.