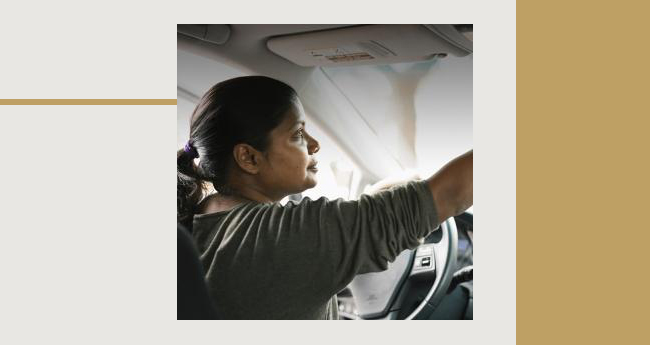 Through its subsidiary Smart Chip, Safran Identity & Security has played a significant role in making the state of Punjab the first Indian state to have fully automated the process for drivers’ skills assessment before grant of a driving license. It’s in fact even the first project worldwide of its kind.

Through its subsidiary Smart Chip, Safran Identity & Security has played a significant role in making the state of Punjab the first Indian state to have fully automated the process for drivers’ skills assessment before grant of a driving license. It’s in fact even the first project worldwide of its kind.
This automated driving skills assessment track is based on the latest technology of video motion analytics.

Customers seeking drivers licenses are simply required to drive a vehicle on the test-track, and based on their actual driving speed and other driving characteristics, they are assessed for being suitable for issuing of a driver’s license.

How does that work?

Driving license applicants register at the center, starting with the formalities incl. a required online fee payment. In the next step all applicants enter the office for biometric data capture to scan their fingerprints, which are then processed by a biometric system. Each applicant receives a unique ID, to ensure the applicant is not passing the test for another person: The test is conducted at the same day and only starts after an authenticationbased on a match of unique ID and fingerprint. The track is equipped with cameras, capturing the motion and the path of the vehicle during the test drive. Afterwards the data is analyzed by the video analytic engine, which identifies the occurred driving errors compared to the defined path. In less than 60 minutes after taking the test, all successful candidates get their license issued in form of a 100% PVC smart card.
In this whole process, Smart Chip not only enables the biometric fingerprint recognition for identification of the driver, but also developed a video analysis application and an online portal for booking time slots for tests.

What are the advantages?

The automated driving test can ensure transparency and objectivity during the entire process. Data is recorded along the track error-free and with complete accuracy. The automated test-tracks allow the applicants to receive a time-bound service without any bias of manual skills’ determination. The implementation allows issue of driving licenses on the spot, without the need to visit any other district transport official. Payment of fees and biometric data storage and processing are also executed online. All procedures for issuing a driving licensehave been brought under one roof and this facility is available to both – two-wheeler and four-wheeler drivers. A doctor is also available at these centers for conducting the required medical fitness test.

« The development of this solution was done with the collaborative working of a number of team members from different parts of the organization in India. I take this opportunity to thank all of them to have joined and contributed towards its successful completion. This technical innovation will not only speed up the entire process of issue of driver’s licenses in Punjab but will also help in reducing the accident rates and improving road safety » says Sanjeev Shriya, Sanjeev Shriya, Senior Vice President India at Safran Identity & Security and Managing Director Smart Chip