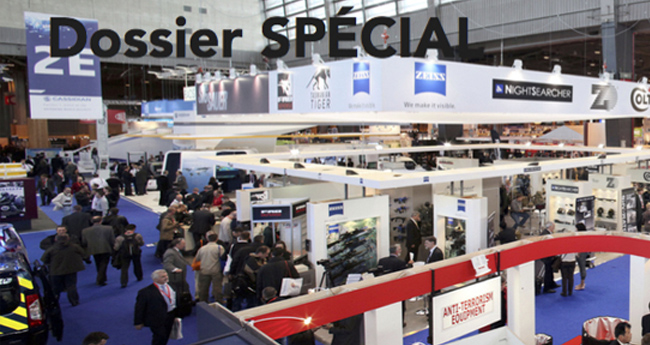 Milipol Paris, the leading international trade show of internal State security, to be held at Paris Nord Villepinte from 17 to 20 November 2015

Organised with the backing of the French Ministry of the Interior, the flagship event Milipol Paris is being held for the 19th time and focusing on Europe and the key issues of  anti-terrorism,

Governmental concerns will also be addressed: combating terrorism, protecting citizens, ensuring safe cities, providing local security and protecting against major risks will be at the heart of the debate.

The industry’s top performing companies will present their products and innovations. Among the products presented, a special focus will be on new information, observation, surveillance, prevention and warning systems.

As in 2011 and 2013, Milipol Paris will once again be holding « International Business Meetings », with the aim to encourage business opportunities between visitors and exhibitors. Whether it be to initiate a commercial relationship, check the development potential of a new product on a targeted market or identify a relevant technical partnership; these particular exchanges become perfect occasions for successful meetings.

According to « Global Homeland Security & Public Safety Market 2014-2022 » from the Homeland Security Research Corp. (HSRC), internal security and security public procurement have undergone major changes during the 12 years since the attacks on 11 September 2001. It is estimated that these changes will develop the industry, worth $350bn in 2011, to become a $546bn market by 2022.

In 2012, the French market for government internal security was worth €3.3bn (up 15.6%), and the 2013 market forecast stands at €3.8bn (up 16%). « These performances are the result of demand, which remains high despite weighty budget constraints, and the impressive commercial dynamism and innovation shown by companies, particularly in export markets. »*

Terrorist threats and trends in Asia: rising challenge of ISIS in Indonesia

ISIS followers in the Philippines: threats to philippine security

Towards a shared vision of risk management