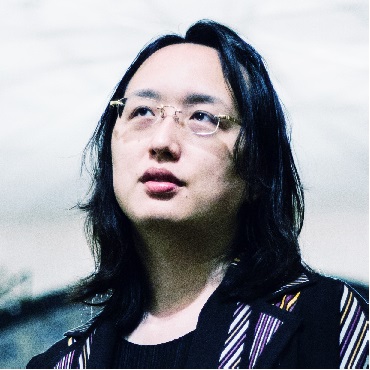 Taiwan has developed its digital model based on transparency and citizens’ implication. Since 2016, Audrey Tang has been supporting this strategy as digital minister. This former civic hacker was the first transgender woman to ever assume a role in government. As she told S&D Magazine, Audrey Tang wants this government “radically transparent”, with each citizen being an actor of change.

A year ago, Taiwan surprised the whole world with its early and efficient handling of the health crisis. At the core of this achievement was the use big data and the digital model built by Taipei these last few years. When the outbreak started peaking, ill citizens were tracked and assisted through the pre-existing use of digital technology in hospitals. It was made possible because the island’s digital model has been based on collective intelligence and openness for a few years now. The government and the institutions aim to be “radically transparent” and is currently conducting a program to go from an “electronic government” to a “smart government”, “applying IoT and blockchain to match government services with people’s needs” while using AI and cloud computing in a public-private model.

Anyone is welcome to spread their ideas for a better state on the internet, private companies as well as public institutions, civic hackers – which Audrey Tang was once part of – and simple citizens. In 2014, the one who is now minister helped the Sunflower movement, positioned against a commercial agreement between the Republic of Taiwan and the Populist Republic of China. “I made sure that the 20 NGOs that occupied the streets around Parliament each had a chance to get their ideas across without sacrificing their positions”, she remembers. “When people put out all those ideas it felt very deliberative: it was not a fight but rather a gathering of different ideas and feelings.”

Participatory democracy is now encouraged and cultivated from a very young age. “One quarter of petitions submitted on the national participation platform, vTaiwan, are started by people who are not even 18 years old, Audrey Tang enjoys. Some civic class assignments ask children to start those petitions. We achieved the banning of plastic straws thanks to a petitioner who was just 16.”

“Transparency is important, but so is inclusion and accountable participation. We can always be more inclusive when it comes to different cultures, different languages to improve the legibility of digital democracy attempts”, the digital minister points out, a rainbow mask at the reach of her hand as a proud statement of her affiliations to the LGBTQ+ community.

The system, thus, always adapts. And Covid-19 made for a big moment of adaptation. It especially enabled improvements in terms of inclusion and exploitation of big data. Developers created apps, with the open data given by the government, to figure out where stocks of masks were available in real time. Taiwan also made use of the newer forms of media, through memes, these humorous images spread by internet users to counter the infodemic as well as the pandemic. “The idea is: ‘humor over rumor’, Audrey Tang insists. For instance, whenever anything is disclosed in the press conference, a cute dog translates the guidelines : ‘Indoor, keep three dogs from one another to respect physical distance.’ People that are not journalists can then participate in the dissemination of scientific information and clarifications.”

The health crisis also shifted some fears the population had, even though they remain careful. Airports and train stations should start using facial recognition for travelers in 2021, when it was largely unaccepted two years ago. Audrey Tang believes the government obtained the trust it needed to thrive digitally through “two key elements. One is that we always take a ‘we can’t beat them; we must join them’ attitude when the citizens’ ideas are better than our own. And, whenever something wrong gets pointed out – like a legislator who said our mask distribution was unfair to people in the rural areas who had to take public transportation – we admit it, apologize, and fix it the very next week. By acting weekly, we show our responsibility and our ability to respond.”

Taiwan is also positioning itself strongly on the cybersecurity ground. In October, Tsai Ing-wen, the president, announced the creation of a national cybersecurity team to secure the national defense, green energy, and biotech sectors. A cybersecurity excellence center is also bound to be set up by 2022. This domain is very much considered by the current European commission. Audrey Tang knows it. Before becoming minister, she “worked closely with the Quai d’Orsay for La nuit des idées and with the city of Paris for the République numérique project in 2015/2016, to share how to conduct collective intelligence and sharing economy”, she says.

“Taiwan, although not fully GDPR adequate – because we are still pending an independent data processing authority – shares a common digital culture with Europe. The idea of a social sector-operated digital infrastructure as opposed to outsourcing them to the economic sector, for example.” Yet, the Taiwanese minister hopes for Europe to adopt what her state developed in 2003, after the SARS outbreak : eID cards. “As far as I understand, many European countries still use paper-based cards – and they probably need to wait until the pandemic is over to have a societal discussion on how to make use of such ecards”, she says.

Such a shift will create even more common grounds between the Taiwanese and the European digital views. Which pleases Audrey Tang, to whom “the digital realm has its own political culture of a rough consensus based multi-stakeholderism, and that is not always compatible with the Westphalian way of thinking. We are seeing many more clashes nowadays between the internet multi-stakeholders on one side and the so-called digital sovereignty on the other, she regrets. In Taiwan, instead of fighting the internet, we use it into the day-to-day practice of democracy. This attitude is also shared by some European countries like Estonia, but I would not say it is a norm in Europe, let alone in other jurisdictions.”

Today, Audrey Tang fights against the partition of the digital realm between actors, namely the United States, China and Europe. Just like in her daily work, where she aims at being a coordinator rather than a top-down governor – “I am mostly connecting the stakeholders across different sectors. For example, when the social sector invents a way to visualize mask availability, when the public sector is happy to support them with an open API, when the economic sector is happy to scale it out, all while respecting the core privacy and cybersecurity agreements.” – she aspires to collaboration. Together, we might make the digital world a bit safer, more trust-worthy, transparent and/or efficient “without sacrificing the other values”. She firmly believes : “Resilience is key. And, by doing more transparency, we earn trust.” 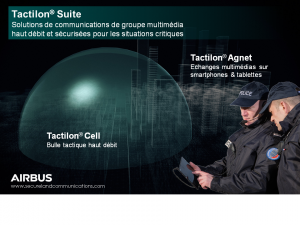