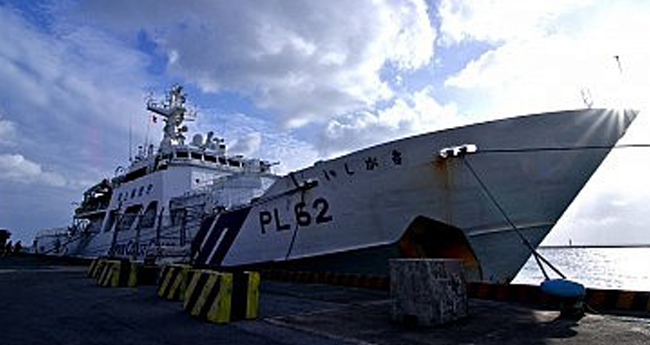 Chinese and Japanese officials will meet in Singapore this month to further discuss a maritime crisis management mechanism.

Last March, Japan and China resumed their high-level security dialogue after a hiatus of about four years — a period of time in which tensions over the disputed Senkaku/Diaoyu Islands in the East China Sea skyrocketed following Japan’s decision to nationalize them in 2012.

Representatives from the China, Japan, and South Korea were in Seoul to discuss regional issues in March. Soon, the Chinese Assistant Foreign Minister, Liu Jianchao, will travel to Tokyo to meet his counterpart for security talks.

Meanwhile, the Japan Times reports that senior officials from Japan and China are planning on meeting in Singapore in May to continue talks on a bilateral maritime crisis management mechanism, a device that would allow Tokyo and Beijing to prevent any miscalculations in the East China Sea.

May’s talks will continue an important process of slow and steady rapprochement that began in November 2014 with the Japan-China “four point consensus” document.

Officials on both sides are eager to finalize a consultative maritime crisis management hotline — a crucial step toward stabilizing the air and water over and around the Senkaku/Diaoyu Islands.

While the political issues relating to the actual sovereignty dispute at hand are no closer to being addressed in a bilateral forum (Japan still acknowledges no dispute), the consultative mechanism would increase confidence on both sides of this major bilateral relationship.

As The Diplomat noted in March, one Chinese general has indicated that the current state of China-Japan talks on this issue is promising, with all “the basic technical conditions” in place.

In Singapore, officials will “aim to agree on how the mechanism should operate, with an eye to putting it into practice by the end of the year,” according to sources that spoke to the Japan Times.

Specifically, sources note that the two sides will specify the scope of the new crisis management mechanism and the level at which Japanese Defense Ministry and Chinese military officials will communicate.

Currently, Japanese and Chinese ships and planes use a common radio frequency to reduce the chance of a misunderstanding.

In any case, where unilateralism was the norm in the East China Sea from late-2012 to mid-2014, bilateralism seems to be making a slow comeback.