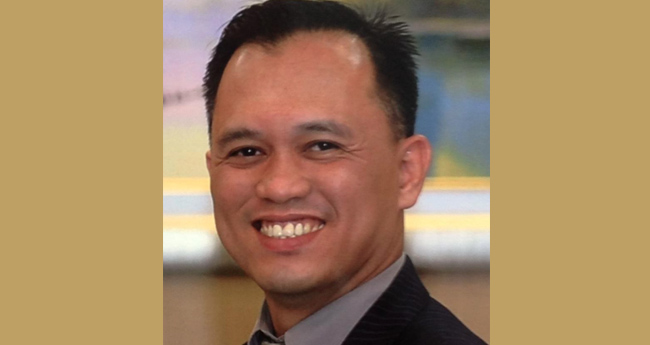 ISIS Followers in the Philippines: Threats to Philippine Security1 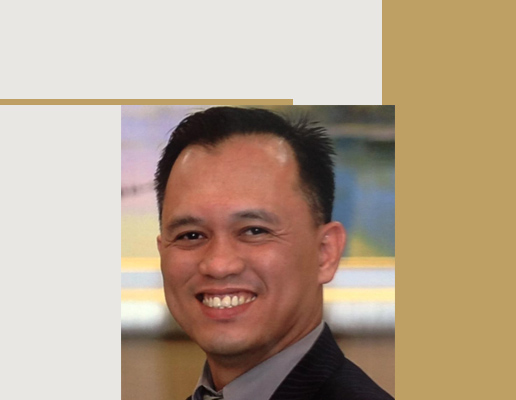 After Al-Qaeda, the Islamic State of Iraq and Syria (ISIS) is posing a serious threat to Philippine security.

Otherwise known as the Islamic State of Iraq and the Levant (ISIL), now recently called by its followers as Islamic State of Iraq and Al-Sham, ISIS, thus far, is the most violent extremist jihadist armed group operating predominantly in Iraq and Syria. But ISIS has a delusion to expand its operations in the Muslim world not only in the Middle East and North Africa but also in Muslim areas stretching from Europe to Asia.

ISIS Followers in the Philippines

Though the Armed Forces of the Philippines (AFP) continues to deny the physical presence of ISIS in the Philippines,3 the country is not spared from the virulent threat of ISIS because it has self-proclaimed followers among Muslim Filipinos or Moros who performed a Bay-ah or pledge of allegiance to ISIS founder, Abu Bakr al- Baghdadi.

In Islamic parlance, a Bay-ah is an oath of allegiance to a Muslim leader. It is practiced in the Muslim world to recognize the establishment of a new caliphate or Islamic monarchy. In some places, Muslims performed the Bay-ah to “sell” themselves to a spiritual leader as a quid pro quo for physical protection, financial support, or spiritual assistance.

On 29 June 2014, Baghdadi proclaimed himself as the overall leader or a Caliph of a so-called independent ISIS Caliphate. ISIS followers call this Caliphate as Al-Dawlah Al- Islamiyah Fi Al-Iraq Wa-Al Sham. Muslims in the Philippines, who called themselves part of the Ansar Dawlah Fi Filibbin, posted a video in May 2014 showing a few men in white dress performing a Bay-ah to Baghdadi. Interestingly, the video was filmed a month before Baghdadi proclaimed an independent ISIS Caliphate. Titled “Filipina Support for ISIS and Bay-at to Shaikh Abu Bakar Al Baghdady (Hafidzahullah),” the video displayed a few men speaking in Arabic to express their support for and loyalty to ISIS and its leader Baghdadi. In the latter part of the video, these men spoke in Filipino, reiterating their allegiance to ISIS and submission to Baghdadi.

On 7 July 2014, another video appeared on some Internet sites showing Muslim detainees in the Philippines performing the same Bay-ah to Baghdadi. The detention area appeared to be the Special Intensive Care Area (SICA) of the Bureau of Jail Management and Penology in Camp Bagong Diwa, Taguig City.

SICA was the scene of the controversial “Bicutant Siege” of May 2005, which resulted in the death of infamous ASG leaders involved in the internationally renowned 2000 Sipadan Kidnappings: Commander Robot (Galib Andang), Commander Kosovo (Alhamser Limbong), and Commander Global (Nadzmi Sabdullah).

Philippine law enforcement authorities have officially confirmed that the video was filmed inside SICA. In a conference of the ASEAN Senior Officials Meeting on Transnational Crimes held in Cebu City on 19 March 2015, an official from the Philippine Center on Transnational Crimes (PCTC) identified SICA as the site of the video. The fact that it was produced inside a Philippine jail facility was a strong reason for serious security concerns.

ISIS and the Black Flag Movement in the Philippines

Apparent from these two videos were the tantamount display of the Black Flag associated with ISIS and Al- Qaeda.

But Al-Qaeda disowned ISIS because of its very brutal military activities and harsh tactical offensives in Iraq and Syria affecting many innocent civilians. In April 2013, ISIS proclaimed its independence from Al-Qaeda. But ISIS continues to use the Black Flag.

The so-called Black Flag Movement is very active in the Philippines. The ASG uses the Black Flag as a backdrop in their photos and videos every time they demand ransom payments for their kidnap victims. The shadowy Khilafa Islamiyah Mindanao (KIM) also uses the Black Flag on its Facebook and Twitter accounts and its various propaganda activities in central Mindanao.

The Khilafa Islamiya Mindanao: The Vanguard of ISIS in the Philippines

Being the leading force of the Black Flag Movement in the country, the KIM can be considered as the vanguard of ISIS in the Philippines.

Based on classified intelligence information obtained by the Philippine Institute for Peace, Violence and Terrorism Research (PIPVTR), the KIM was organized by a certain Ustadz Humam Abdul Najid sometime in early 2012. Unidentified Afghan National asked Najid, while they were in Afghanistan, to go back to Mindanao in order to establish the said group Mindanao.

When Najid reached Mindanao, he contacted some friends from the Abu Sayyaf Group (ASG) and immediately orchestrated some bombing operations in Mindanao. Najid was responsible for the August 16, 2012 bombing of the Rural Bus Transit in Barangay Guiwan, Zamboanga City. The group of a certain Abu Said of the ASG assisted him.

On 16 September 2013, two improvised explosive devices (IEDs) exploded in Cinema 5 of the Gaisano Mall and Cinema 1 of SM Mall Ecoland in Davao City injuring at least six persons. The first explosion took place at around 10:30 PM while the second explosion occurred at around 11:00 PM. Based on post-blast investigation, bombers used mobile phones as triggering device. Explosives were placed inside soda cans powered by portable batteries.

The city police initially suspected rouge members of the Moro National Liberation Front (MNLF) to be the mastermind of the said twin bombings in the light of the armed situation in Zamboanga City involving the MNLF. But the MNLF denied its involvement in the Davao City twin bombings. Police and military intelligence sources said the KIM was the prime suspect in the twin Davao bombings.

Another indication that ISIS influenced the Philippines is the video of Isnilon Hapilon posted on YouTube on 23 July 2014. This video showed Hapilon performing a pledge of allegiance to Abu Bakr al-Baghdadi. Hapilon was indicted in the District of Columbia for his alleged involvement in terrorist acts against American nationals and other foreign nationals in and around the Philippines. The Rewards for Justice Program of the United States Department of State is offering a reward of up to $5 million for information leading directly his apprehension or conviction.

Hapilon is an ASG commander operating largely in Basilan. He is directly commanding two main sub-commanders of the ASG in Basilan: Puruji Indama and Marzan Ajilul who are both engaged in kidnap-for-ransom rather than Islamic propagation activities.

The bulk of ASG membership is in Sulu with Radullan Sahiron as the overall operational commander and Yassir Igasan as the overall religious commander. Igasan was rumored to have taken the helm of the ASG as the Amir of the ASG after the death of Khadaffy Janjalani. But this claim is currently being challenged because Sahiron wields more power and influence than Igasan.

Though Sahiron and Igasan have not been reported to have undertaken a pledge of allegiance to ISIS, Hapilon’s video shows that ISIS has followers inside the ASG.

As mentioned earlier, a video of Filipino Muslim detainees pledging allegiance to ISIS was posted on YouTube in July 2014. It was filmed inside SICA, a high risk Philippine prison facility. This video has prompted suspicion that Ahmad Santos may have organized the activity.

Santos was known to be the founder of the Rajah Solaiman Islamic Movement (RSIM), a militant organization of Muslim converts in the Philippines. On 4 June 2008, the United Nations (UN) Security Council added the RSIM and eight of its key officials to the UN 1267 Committee’s Consolidated List of individuals and entities affiliated with al-Qaeda (AQ), the Taliban, or Osama Bin Laden (UBL).

The Philippine government has declared the RSIM as a dormant terrorist group because of the arrest of its key leaders. However, the RSIM continues to operate in Philippine prison facilities. In fact, Santos has been actively involved in militant activities inside the jail. Santos is also being suspected of leading the translation in Filipino of an Al-Qaeda doctrine on “Muslim Prisoners of War.” On 30 January 2015, the Australian Federal Police made an intelligence report linking Santos with an Australian national identified as Gerald John Sevidal being suspected by Australian authorities as a follower of ISIS.

Santos’ links with ISIS followers were also established by his brother-in-law, Dinno Amor R. Pareja, a key RSIM official. Pareja was suspected to be the Abu Jihad Khair Rahman Al-Luzuni who posted a video on 6 November 2012 calling on Muslims in the Philippines to join the jihad. In this video, Pareja used the Black Flag of ISIS as his backdrop. This video proves that as early as 2012, ISIS ideological influences have reached the Philippines.

That ISIS has followers in the Philippines can no longer be doubted based on these videos and websites. In fact, reports obtained from reliable official sources have indicated that two Filipinos have died in the Syrian conflict “as part of the Opposition.” Intelligence reports also revealed that some Muslim Filipino Mujahideen in Syria calling themselves as “veterans” have already returned to the Philippines to propagate the ISIS ideology.

Another reliable source claimed that around 100 Muslim Filipino fighters are suspected to have traveled to the Middle East to undergo military training in support of ISIS, the main opposition group in Syria. However, other authorities are challenging this number. Unconfirmed media reports, however, showed that around 200 Muslim Filipino fighters were sent to the Middle East to fight in Syria. In a white paper on ISIS produced by Malaysia in November 2014, it identified five ISIS-trained Malaysian nationals who penetrated the Southern Philippines to recruit and train Filipino Muslim followers.10

During the visit to the Philippines of Pope Francis in January 2015, a Filipino ISIS follower known only by his alias, “Isiah” was sighted in Tacloban City days before the pope visited the place. Tyhoon Haiyan wrecked the city in November 2013 and Pope Francis decided to visit the affected area. Isiah reportedly planned to assassinate Pope Francis while in Tacloban City. Intelligence officials described Isiah as “A Filipino engineer who was recruited and trained in nuclear technology” by ISIS.

Despite the denial of some Filipino security officials, ISIS threat to Philippine security is becoming more and more real rather than imagined. Pledges of allegiance to ISIS by threat groups operating in the Philippines were crystal clear indications of ISIS presence in the country.

Some prominent personalities associated with the ASG, the RSIM and the KIM, among others have shifted their allegiance from Al Qaeda to ISIS. Among these personalities, those associated with the KIM can be considered to be hard core followers of ISIS in the Philippines. Hence, the Philippine government has to implement a strong preventive counter-measure before this threat develops into a many-headed monster that is already hard to defeat.

1. This is an updated version of the original articles appeared in “ISIS Threats and Followers in the Philippines”, Rappler (5 August 2014): http://www.rappler.com/thought-leaders/65313-isis-threats-followers-philippines (accessed in April 2015) and “ISIS Threat to Philippine Security”, Rappler (11 July 2014): http://www. rappler.com/thought-leaders/63007-isis-threat-philippine-security (accessed in April 2015).

10 Office of the Prime Minister of Malaysia, White Paper: Addressing the Threat of the Islamic State Group (Adopted at the 13th Parliamentary Session, 26 November 2014).