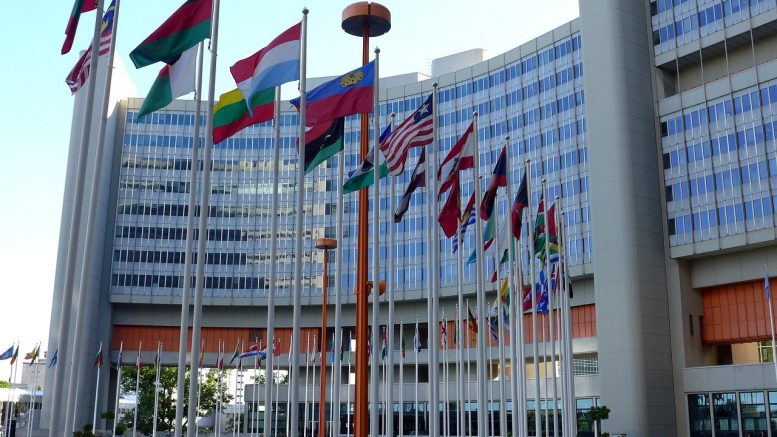 As we enter 2020, the ever-lasting presence of social media and digital platforms in our daily lives is not to be proven anymore. Whether or not their use will shape a different future for democratic and diplomatic processes, two core elements of global interactions, however, is yet to be determined. It will, for sure, take reflection and training.

In June 2019, the Internet saw millions of blue profile pictures flourish all around social media. As protesters were flooding the streets of Khartoum, braving the military repression after the ousting of Omar al-Bashir, users were #BlueforSudan. Tweeting massively about a cause they feel for gives social media users a sense of involvement. While it is true that some hashtags have successfully raised awareness among the international community to act on the ground, digital platforms have mostly participated in creating illusions.

Being vocal on social media scarcely means participating in the definition of policies and in the democratic processes. It merely gives an illusion of participation. Numerous digital platforms have emerged these last years with the promise of helping citizens express themselves. According to the think tank Décider Ensemble, around a hundred platforms of civic tech are now on the market in France. At its Observatoire des civic tech et de la démocratie numérique points out, those platforms serve three main objectives : information, mobilization and/or co-production. “Still, the idea is always to improve citizens’ involvement”, Tatiana de Feraudy, research fellow at the Observatoire, sums up. French citizens have been especially drawn to crowdfunding calls. Some also use civic tech to give their opinion on specific matters. Yet, Tatiana de Feraudy calls for improvement :“Digital tools are supposed to enable citizens and empower them to feel legitimate to contribute and contest decisions. For now, the ones who use civic tech tools are already active on the ground. Efforts are to be made, not only in terms of digital inclusion, but to grant legitimacy to participate to all.” François Gombert, communications adviser for politicians and companies’ leaders, confirms : “Civic tech generally appeals to educated 25-to-45-year-old individuals, who have access to these tools and know how to use them.”

Diplomats and politicians have also joined social media, in an attempt to be more transparent. There is no need to comment on President Trump’s tweets, which, more than once, made the United States dangerously verge on the diplomatic incident – when they did not seriously hurt international affairs altogether. Despite the hits they take on, ministries of foreign affairs have also bet on their presence on digital platforms to gain visibility. “The major shift happened in 2014 during the Crimean crisis, Ilan Manor, Oxford PhD student working on digital diplomacy, analyzes. Real time diplomacy was conducted to inform people of what was going on in Crimea as it was happening. Then, visual diplomacy emerged, and foreign affairs ministries surrounded themselves with graphic designers and data analysts to expose their actions to foreign and internal publics.” The next shift in diplomacy could rely on virtual and augmented reality, holograms, AI. Ilan Manor does not see it coming until 2025, at least.

According to DiploFoundation, in 2016, 50 % of foreign ministries used Twitter, 48 % were on Facebook. Only 16 % of them didn’t have a dedicated website, then. “This is an appearance of transparent diplomacy”, Ilan Manor says. He adds : “Transparency can be a strategic tool. When, in 2014, the UN commented on social media the solutions proposed at the Geneva II conference on Syria, it was a way of opening the doors of a traditionally hidden world. But there was a motive here : exert pressure for the sides to come together.” On the contrary, digital transparency can also complicate diplomacy. For Ilan Manor, diplomats used to compromise much more behind closed doors. Now, that the windows are wide open, solving international matters have been made more difficult.

Digital diplomacy does bring challenges and ethical questions. “Diplomacy has always been conducted in secrecy. If diplomats have nothing to hide anymore, then do the citizens have the right to be secret anymore ?”, Ilan Manor wonders. Another danger seems to rear its head. With the inevitable use of IT in international relations management, the advent of telecommunications and the Internet, citizens tend to believe diplomats have become useless. “People think : ‘If a leader wants to talk to others, he can just call them.’ But we still need on-ground diplomats, because the 21st century is one of conflicts on the regional and global levels. Digital diplomacy is a tool to help diplomats on the ground”, the Oxford scholar insists.

The use of social media by foreign affairs ministries is no stranger to the very contemporary question around data sovereignty. With close to 2.5 billion monthly active users of Facebook and 330 million of Twitter, those social media giants find interest in citizens’ data. States have also started to look into the data : “Lots of foreign ministries now use data from these platforms to know things about their citizens. It sets an ethical question, because no one told us how the data was going to be used”, Ilan Omar emphasizes.

Civic tech as an alternative

For now, civic tech platforms have succeeded developing more or less independently from social media. To attract citizens towards their platforms, civic tech builders do communicate through Facebook or Twitter, for example. This expensive strategy doesn’t attract local actors, yet. Collaborating with Internet giants comes with another price. “So far, the data collected by civic tech platforms are not interesting for the GAFAM. However, if these platforms’ uses were to multiple, with several hundreds of thousand contributions, it would attract them”, Tatiana de Feraudy points out. Still, in a document published in December 2019, the Cnil (Commission nationale de l’informatique et des libertés), warns : “Civic tech devices are not neutral.”1 “Some electoral candidates use software programs such as NationBuilder to follow their supports, to target potential activists for their party, to find out who are the remaining indecisive voters, etc. To do that, they use different sets of public data they cross-reference”, François Gombert details.

As for many other matters linked to digital technology and IT hegemony, the challenge is to determine the kind of relationship we want with big platforms and how deep into our lives we are willing to let the smaller ones enter. “The European Union, among others, has reached a crossroad on the topic. It is trying to work with the platforms but needs to choose what is best : cooperation, regulation or litigation”, Ilan Manor advises.

Underrepresented states can find a useful tool in social media and technology giants to obtain leverage in international talks and negotiations. Still, the meddling of those platforms into politics doesn’t always come to a satisfying result. The Russian interference, through Facebook, into the 2016 American presidential elections may be the most striking precedents, but the examples multiply : “Digital diplomacy has brought challenges. Disinformation is one of them. For example, hundreds of Russian social media accounts run by bots have been very active to accuse Lithuanians of having played roles during the Holocaust. Lithuanians responded by monitoring the accounts to create a counter-narrative”, Ilan Manor exemplifies.

Countries and local institutions, thus, must now position themselves against platforms which “have begun to conceptualize as almost-nation-states”, the scholar points out. Indeed, Facebook’s latest moves speak volumes, for instance. The once convenient tool to reconnect with friends and family has become a major player in global communication and has gained leverage as a powerful actor. With its will to produce its own currency, Mark Zuckerberg’s company is reinforcing its position as a key partaker.

Successful diplomacy and revitalized democracy will not rise from digital platforms ; at least not as the latter are used today. This means that diplomats and politicians must accept to be guided and trained through the digital aspect of their duties. “For now, what we have seen happening with civic tech is mainly communication-consultation, François Gombert regrets. These tools are supposed to help building a lasting relationship between the citizens and their representatives. The latter have not yet understood that the platforms were not to be used only in times of electoral campaign.” Tatiana de Feraudy goes further : “France doesn’t truly recognize a right to citizens’ initiative, yet.”