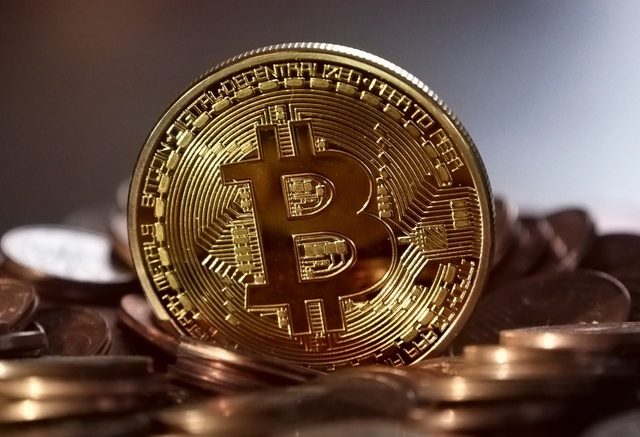 The blockchain is a distributed database management system. It is a chain of blocks linked together by cryptography. These blocks can contain different types of data (logistics, biometric, financial…). To be added to the channel, a new block must be validated by the other participants in the chain. It is then time stamped and becomes immutable (cannot be changed without the agreement of all participants in the chain), so we can say that the blockchain is a transaction history almost impossible to falsify.

There are public blockchains, whose code is open to all (like Bitcoin cryptocurrency), private blockchains (governance is centralized, blocks in the chain are approved by participants who must be accepted).

Essentially the military field brewing data mostly sensitive, only the use of the private blockchain would be relevant.

This high value-added technology is destined to dynamically blast the way in which current information systems are designed. The blockchain responds to the so-called « Byzantine generals problem”1, that is to allow a group of participants to coordinate their efforts without trusting each other a priori and without going through a central authority. For this, it puts into practice Nash’s theory2 which establishes a situation in which the set of choices made by the other players, who know their reciprocal strategies, becomes stable because no one can modify his strategy alone without weakening his own strategy position.

We could imagine that in the distant future, militaries could be paid in cryptocurrency. This would be useful in the measure of speed and efficiency. A bank transfer takes on average 48 hours, and a perception of balance is much longer, a transfer of cryptocurrency is almost instantaneous, in one minute, and can be coupled to smarts contracts which would remove the administrative burden of processing annexes tasks. This advantage of discretion is coupled with the fact that these means of payment are more accessible in the « rest of the world » zone because the less banked states of the planet (i.e. Sierra Leone, the 80% of the population3) are the first to adopt cryptocurrency.

Talao, which has made an ICO (fundraising version cryptocurrency) has obtained the equivalent of 2.6 million euros in less than six months4, it is a not insignificant amount for such a limited time.

Cryptocurrency would be a potential new leverage to finance defense industry R&D.

On the other hand, the temporary marker of the ICO, the fact that the tokens are not actions, and they do not open the same rights (tokens are often exchanged when fundraising ended, in a speculation process). These peculiarities appear not very compatible with the golden shares, traditional in the Defense sector.

Cryptocurrency integrated into the commercial process of the defense industry: the case of offsets and off-the-shelf purchases

Because of their need for their discretion, the speed at which we must make the transfer and the stake on which everything must be done without the slightest hitch, cryptocurrency has for the offsets very logical virtues to understand that don’t have fiat currency.

The benefits also extend to off-the-shelf purchases, which do not require delays comparable to the BITDs and technology transfer negotiations. We could imagine an Eurosatory where the payments would be made in cryptocurrency, it would be a change of economic model, shortening the sales cycle, and therefore a significant and rapid increase in revenue.

Several applications could be envisaged (e.g. NCIA, NATO5), whether secure messaging implemented internally within the various entities or in an inter-allied context (like the civilian Bitmessenger), but also the management of identities and rights access, and tracking human resources files. In terms of data management, the blockchain can shorten the inter-service procedure deadlines via smart contracts, which are based on inviolable registers that allow an optimal conversion of the data assets.

In all cases of strategic choices, long-term and costly specifications in terms of budget would be necessary.

The limits of the blockchain for Defense: ecological and cybersecurity

If the information is no longer centralized, it is duplicated by its decentralization and multiplies therefore its energy consumption (data center/electricity). However, this disadvantage is less in private blockchains that do not duplicate the entire data chain, and can be mitigated by setting up a system of side chains. We could also imagine a partnership with Qarnot, French flagship who build energy recycling system that it started to set up in banks, or with the NGO Digital For the Planet which provides good practices to all organizations wishing to reduce their ecological footprint due to digital. On the other hand, these ecological costs are reflected in budget losses because increasing electricity consumption means increasing the energy budget.

A vulnerability on a blockchain network would be catastrophic because it would corrupt all the participants in a chain. A native error writing a smart contract, could also corrupt the blockchain. Finally, Man In The Middle6or Sybil7 type attacks have already been made on blockchains and with notably disturbing effects. One can imagine that specific malware will be created in the future to specifically attack blockchain networks. If we transpose the common cyber security risks like backdoors, SQL injections or DDoS on a blockchain, we realize that the effect would be even more disastrous given this chain structure.

To conclude: different strategies for the same evolution

Nevertheless, the signs given by the Rogue States (Iran8, Venezuela9) have made POCs on their industries to circumvent the international sanctions, or even the avant-garde states economically and technologically like Singapore10, Switzerland11, Malta12 etc. who keep on advancing on the subject. The appropriation and adoption by the Defense sector is only a matter of time in others countries, and this delay is urgent given the economic war coupled with the general technological race in which we find ourselves.