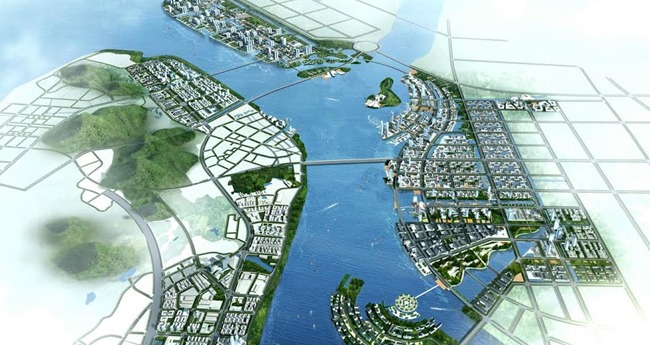 Following the earlier webinar last April, Euralarm and IFSEC Global organized a Smart Cities conference in London on Wednesday, 17 June 2015. It focused on digital solutions for keeping citizens safe and secure. City officials and speakers from both the fire and security industries, set out and discussed the key issues on this topic.

Around the globe, discussions about a more efficient use of existing public and private assets to create new and more value are trending. A smart city uses digital technologies or information and communication technologies (ICT) to enhance quality and performance of urban services, to reduce costs and resource consumption, and to engage more effectively and actively with its citizens. The Smart City Council defines a smart city as one that has digital technology embedded across all city functions.

In the public domain as well as in business- and private domains a large number of security- and safety systems are installed. CCTV-, access control, fire detection, intrusion alarm and evacuation systems are just examples of systems already available. Modern (digital) systems are able to provide valuable information which is of ‘life saving’ importance in case of an incident or worse.

On behalf of its members, Euralarm started projects and participates contributing to a European or global approach of ‘Smart Cities’. Together with Euralarm’s PEARS project the Safety and Security Industry is of big value for the Smart City ambition:

“Euralarm considers a safe, secure and resilient Smart City as a city that is a planned and functioning city with a minimum disruption from e.q. crime or natural disasters.  The city needs to have to capacity to survive, adapt and grow no matter what challenge it is confronted with. The safety and security industry is ready to support Smart Cities initiatives with data provided by protection systems”.

Around 1 million people around the globe move to a city on a weekly base. Rolf Sigg shared some figures and made clear that in 2020 the majority of people are living on a small percentage of the earth square. As Martin Harvey explained, around 100.000 people are moving into London every year.

Of course every individual has his/her own motivation to move to a city. Most people will do so because for economical, study and/or society reasons. It’s hard to believe people will move to a city only because it is smart; there must be something else. Rolf Sigg prepared a survey based on the results of third party consultants on the attractiveness of cities. The results differ when it comes to a top-10 ranking. However, one common interest is clear: in general, people are looking for more quality of life and cities are offering the possibility to belong to a community and a society.

Not the technics though ‘social welfare’ is the issue

Rolf Sigg started by discussing what a smart city actually should be. A Smart City still is a fuzzy term in peoples thoughts, which implies the use of digital technology to manage all city functions. At this time most Smart Cities initiatives consider a city smart when they use modern, integrated technology services and infrastructure in energy, transport and ICT to respond to social and economic needs of society. A major point to take into consideration is the necessity not to start with technics, but the people living in the city! Communication with stakeholders is of major importance. Focusing on critical infrastructure is the second point to take into consideration. But foremost ‘resilience’ should become the starting point for smart city development.

The Internet of Things and Big Data Software

Jim McHale researches technologies in buildings. He also focusses on the building’s place in the Smart City. Amongst other topics, safety and security are important elements of smart buildings. By showing a graphical overview of all services that are being offered in buildings, he stated that all these systems produce a lot of data to control and monitor the building’s performance. He gave the example of the video camera, as part of the safety and security system.  This is going to be a very important IT center in the internet of things, because it will be able to deliver a lot of intelligent, actionable data on what is happening in the building.

Especially in non-domestic buildings, most systems currently only work in their own silo and are very independent. They will start to yield tremendous benefits when these systems are connected to each other outside of their own functional groups. The benefits are not in just creating more data, but in analyzing this additional data. The data from inside the building can now be combined with external data, like the weather, traffic and from social media. To improve the safety and security of a building, this data has to be combined, analyzed, presented and used efficiently and effectively.

To cover the topic ‘Smart Cities’ in its full wideness, information for building decision making are of major importance. The number of data that can be tracked form buildings is increasing as Jim Mc Hale showed. From 1,200 Terabytes several years ago to 37,200 Terabytes in 2020. That’s the data acquisition part. On the side of data distribution a growth is to expect as well. Based on USA research, the number of IP’s per person in 2020 will be 6.5 (average). More and more people can be reached by Internet and also have the devices to be in reach for 24/7.

Neil Orbell followed this part by elaborating on the fire service challenge. Prevention is about building things properly and regulating the building environment. Protection is about protecting vulnerable people. Neil Orbell states that the risks the Fire Brigade needs to act on are changing. Even small (from a professional firefighting position) may cause big social influences.

Several months ago, a big, however controllable, fire happened in London. A ‘thirteen in a dozen’ incident from the point of view of the Fire Brigade. The building was lost and it took 2 days for the London Fire Brigade to do their job. This incident caused a lot of serious ‘side trouble’ for people living and working in London. For safety reasons an area in which 5000 people are living was evacuated, Shops, hotels and pubs had to be closed and the gas distribution has to be cut off. The fire affected London’s telecommunication infrastructure in a serious way and it took several months before people (and rescue teams) could use the roads in the way they were used to do. Neil Orbell took this as an example to demonstrate the importance of the big economic impact which exist during incidents. In other words: the city should be far more resilient to guarantee ‘normal life’.

Rotterdam is no. 2 city in the Netherlands and it is home to Europe’s largest port. The Rotterdam The Hague urban area makes for the 168th most populous urban areas in the world. The city of Rotterdam is known for the Erasmus university, riverside setting, lively cultural life and its maritime heritage. The rebuilding of the city after WWII resulted in a modern architectural landscape including sky-scrapers, which are an uncommon in Dutch cities.

Nico Tillie (Delft University) is responsible of implementing ISO 37120:2014 (Sustainable development of communities) and ISO37121 (Inventory and review of existing indicators on sustainable development and resilience in cities) in the city of Rotterdam. The Standards define and establish methodologies for a set of indicators to steer and measure the performance of city services, quality of life and resilience. He was involved in building and writing the first international Standard on City Data ISO37120 from TU Delft and City of Rotterdam. Rotterdam Served as the only city for two years as a pilot city.

It’s important to think in terms of ‘evolution’ and not ‘revolution’. It’s nearly impossible to focus on all the topics connected to a smart city. It’s more or less a growing path and before starting with a smart city concept, a roadmap may be of help and offers structure to the program. In the Rotterdam project ‘low carbon emission’ was the big theme.

A last lesson Nico Tillie shared with the participants is the necessity not to work on smart cities from an ivory tower. To make a success out of smart cities program it’s of major importance to invest a lot of time in networking with stakeholders and making them ambassadors of the smart city concept. With Nico Tillie as project leader, the Rotterdam city served as a pilot for ISO 37120. After the first positive results more countries and cities became interested in the project. Nowadays around 20 cities around the globe are participating in working groups for creating resilient smart cities.

Explained by Jim Glockling the current European fire safety concept is relatively poor. Regulations are focusing on fires and other incidents started in a building. Regulations do not focus on EXTERNAL FIRES affecting a building. Neither do regulations focus on resilience and reduce the impact from a business point of view. Neil Orbell underwrites this statement and clarifies this with some recent London incidents.

Jim Glockling talked about Smart Cities and Building Information Modelling, which is the virtual design of buildings up to the testing and trialing before anything is actually physically created. He developed the Building Information Model in which every product used in a building is described and thus offering the possibility to work on a more sophisticated approach of fire security protection.

He continued about safety in building mandates. These state what building managers have to do in case of an evacuation, but don’t mention anything that has to be done when this is completed. The focus in general is on sustainability, which is currently achieved at the cost of resilience. Achieving both is not hard, according to Jim Glockling, because it only comes down to material choices.

He continued his presentation by talking about responsibilities, which should be considered during any Smart City analysis. He cited several headlines that stated that 80% of businesses was affected by a major incident the last 18 months. He argued that this should actually state: 80% of businesses affected by a major incident show themselves to have been incompetently managed within 18 months of the events. It has al to do with proper Business Continuity Planning.

Building Information Modelling (BIM) can contribute to this. BIM states what all the building materials and systems in the building are, where they are and what their physical properties are. By gathering this information and analyzing it, compliance can be achieved. Besides checking the sustainability, this method could also be used to specify a Resilience Rating for every building. This makes resilience an accessible and key selection choice in the procurement and design of future buildings.

Euralarm’s congress organized during the IFSEC exhibition in London on June 17th learned the participants that not the technics but the focus on resilience should be the focus on future designing. Although a group of smart buildings is not a guarantee for a Smart City concept, technics and information management might be of crucial importance for a firm fundament for creating safe & secure communities.

Given that a staggering 1.3 million people migrate to cities every week, it’s understandable that governments usually put urban security somewhere near the top of their priorities list. And with smartphones ubiquitous and the ‘Internet of Things’ era upon us, how we keep the 60% of humanity who will dwell in cities by 2030 safe and secure. However for people living in cities, safety and security is not the primary reason to live there. The most important reason to move to and to live in a city is the quality of life. Cities perceived as ‘smart’ and safe tend to attract more inward investment as well as the brightest and best people to live and work in them. Saying that, safety and security is not a final goal but a method to achieve a higher goal. To achieve that goal, all stakeholders should be involved and the focus orienting should be on ‘resilience’.